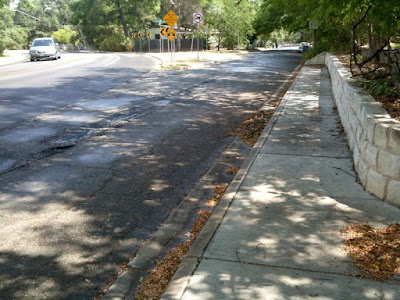 It was starting to get hot, and humid, especially after the rare occasion of a rain, however brief. I came to this fork in the road. To the left was the hot longer path, the one I had originally intended to follow. On the right, the shady shorter path... which also meant I'd be able to eat lunch sooner. What flashed in front of my eyes was that I had a choice... and I could probably lie about which road I took... and no one would know the difference. How many times have I been at a fork in the road and not realized the luxury of being able to make a choice (undetected).
at July 30, 2009