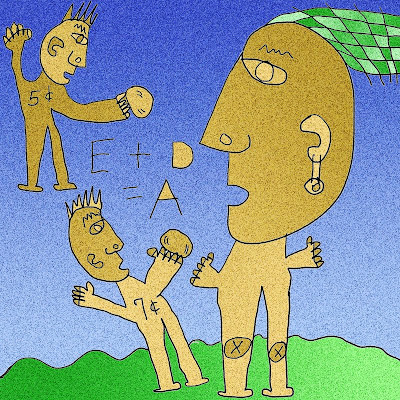 Kate made some observations about Buddhists being reluctant to be political. Most of the ones I know were pretty gung ho for Obama, but some of the more seasoned ones were more equanimous than that.

I remember the renzai priest a few weeks ago telling me that equanimity + discernment=action. I had mentioned this in an earlier blog. Buddhists don't want to leap to one side of the fence or another. Their goal is not to be right, but rather to save all sentient beings—and they will act when given that opportunity.

I remember a story that my St. Louis teacher told me about his teacher. They were driving on a country road, and came upon a fruit and vegetable outdoor market. His teacher was crazy about peaches so he looked at the peaches that two different guys were selling. It was odd to my teacher that they were similar peaches but priced differently. His teacher (probably as close to a holy man as you'll find in America) bought some peaches from each salesman. They got back in the car and my teacher finally blurted out, "why did you buy the more expensive peaches when you could have bought more of the cheaper ones?" The priest answered, "both have to make a living." Some would say that the higher price salesman were ripping us off, and the lower price salesmen was undercutting the competition (and consequently causing hardship to the farmer). Framing is such an interesting endeavor. To the priest, these salesman were more than his brothers. They were part of the whole as he was.

I feel special that I have inspired a post. But I question if your story works for politics. . . You can’t vote for both Obama and McCain. I mean I guess you could, but why. Better just to not vote at all because at least then you can claim righteous indignation. . . “I hate both those Jerks!”. . . And righteous indignation is much cooler than ‘I voted for both because they are both part of the whole.’

One of the first things I wrote and shared with the Zen Writers Group was a story about a gray cloaked girl who walks a fence between two worlds. It ended when people from both sides tore her apart and left the wall/fence stained with her blood. . . So much for fence sitting.

I was once with my teacher and he stopped along the side of the road to buy a few fish for dinner that night. There were several men on the side of the road selling fish. We only needed three fish to feed everyone. My teacher pointed seemingly randomly to three men, “One from you, one from you, one from you.” The three men jumped up and started gutting and cleaning the fish on the spot. A fourth man who was not picked jumped up and started shouting, “Big Man never buys my fish! Big Man buys everybody’s fish but mine every time! Why Big Man? When my time come Big Man? When my time come?”

At the time, I just thought it was funny and together my teacher and I laughed about it. But maybe part of the lesson of this experience is that everyone is part of the whole, but whole groups of folks aren’t getting a slice of the pie. 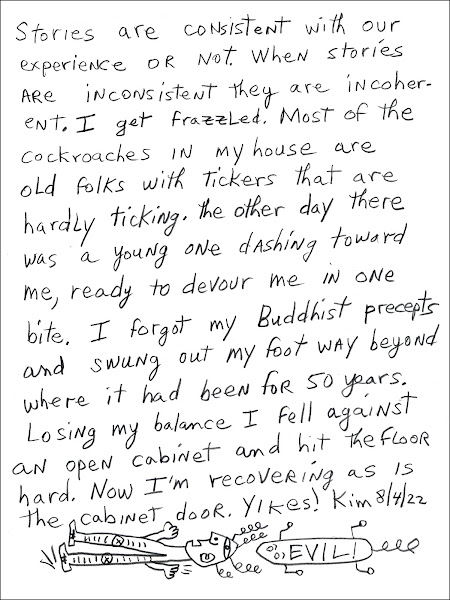