Whom can you trust?

A magician puts $50 into an empty box, puts the lid on, and offers it to the audience for $20. He gets a taker, who discovers $1 in the box. Is this fraud? Should magic be regulated? Is a sucker born every minute?

I watched a recent documentary (Inside Job) on what is called a financial crisis. And, after feeling that some on Wall Street appeared a little shady, went to the grocery to get a prescription filled. I patiently walked the aisles (waiting for the filling of the prescription) only to discover that their computers were down and they didn't know what to charge me. The pharmacist said we could pick a number... like 20. I said I like 6. He said no so I left. (Note: when I got home I looked up the drug and saw that it should have cost me $35! I decided I wasn't worth that.)

Anyway, after hearing how fraudulent the Wall Street guys were (in the movie), I wondered if everyone is equally fraudulent, i.e. not really caring about their customer. I started looking at the cereals and reminded myself that they are selling very little nutrition (and lots of calories) for lots of money. Whom can you trust?

We do have government organizations watching over food. Food that is not our friend. Why do we think that the government will run (i.e. regulate) Wall Street any better?

There is an adage that if a deal is too good to be true, it probably is. Or that as interest increases, so does risk. Lots of people didn't watch what they were doing on Wall Street and got in trouble. Unfortunately some of those who probably deserved to get in trouble were able to exit smelling like roses.

Now, back to fraud. It is real, it does exist, and the awareness of fraud is the basis for making Wall Street honest. One problem with regulating (or over regulating) is that sometimes it justifies actions that shouldn't be justified.
at November 16, 2010

Kim, You are bringing out my liberal side with "Whom can you trust?" Yes the government has a role in protecting the public form 3 card monte hustlers. H.

Yes. I believe that people will deliberately misrepresent ‘facts’ in order to personally gain some ending.

Is fraud the basis for making Wall Street honest?

I don’t think I understand the question. Is this like a cold-war question? If we are all equipped with the power to commit fraud, won’t this keep us all honest? If this is what you mean to ask, my answer is no. Is it question about the possibly that massive corruption made more public might likely to reduce the amount of corruption? My answer is yes, temporarily.

One problem with regulating (or over regulating) is that sometimes it justifies actions that shouldn’t be justified.

Not every law is intended to aid human development. Sometimes laws oppress people in order to justify the higher level hierarchal position of a few. All you can do is name the actions that shouldn’t be justified out loud as clearly as possible. Help create ‘public opinion’.

I get what you mean on some level. Eating scraps from the bankers table sucked. Why eat scraps from a government table? When do 'we' get a chair at the table?

I need a vision of what it means to have a chair at the table.

I'll comment more later, but, you are right Kate, saying that fraud is the basis for making Wall Street honest is not clear. I changed it to "the awareness of fraud." If we trust everyone, or believe everyone is being regulated, we'll have a blind eye. If we are beware, we'll have a better chance to see through the scams. Sad?

"Fraud" is either a civil or criminal offense, depending on the underlying action. (In some cases, it's both.) Are you recommending that it be legalized?

Fraud is stealing and should be kept as a criminal act. I suspect when one person misrepresents an item in a business deal then it is civil. Like Honda saying their CRV goes 21 MPG in the city when it goes 17.8 MPG. Putting Mr. Honda in jail won't help. But getting a gas card from Honda would. 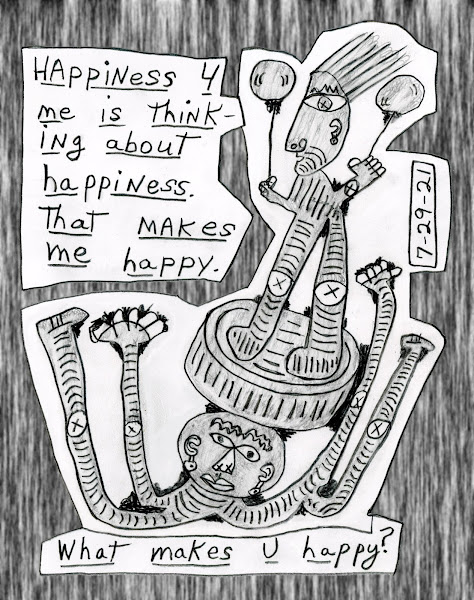