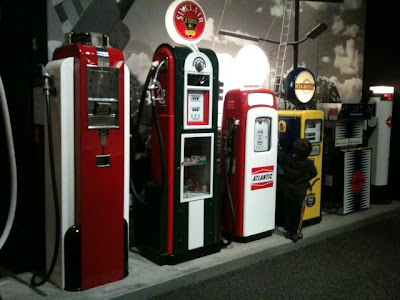 My dear friend send me this email below. Just as I was going to sit down and write about whether or not it was Sarah Palan who pulled the trigger in Tucson... And why Sarah is going to be the Republican presidential candidate, I received her email. But poor Sarah (rich Sarah?) will have to wait.

I've heard the below before—that congressman get some of what they are dishing out. I think it is a terrible idea to make the congressman's job less attractive. We need to give them the same benefits commensurate with the jobs they could be getting in the private sector. Otherwise they will not be congressman, which is at a pay cut from other jobs they could get.

But why, you ask, should health care not be the same for the rich and the poor? Isn't that a slippery slope? What about housing? What about education? Yes, it would be nice if everyone had the best of everything. But the best of everything is a limited resource. So it can either be given out as some chance operation (who would agree to that?) or to those with more funds.

There is another reason why pensions, health care, housing, food, education should not all be equal for all. We'd be limiting the incentives for many to get education and become productive. At a certain point, I stayed at my job because it offered health care. When I was offered a number of years of health care if I left, I did so.

Oh, if you are wondering about the photo above... it made me think of soldiers or congressman, waiting to give energy to its constituents. Kill the messenger and your car won't run.

This is very eye-opening - and it seems to make sense.It's certainly worth thought and perhaps passing on, as was intended.
Subject: Congressional Reform Act of 2011.

Of the 27 amendments to the Constitution, seven (7) took 1 year or less to become the law of the land...all because of public pressure.
I'm asking each addressee to forward this email to a minimum of twenty people on their address list; in turn ask each of those to do likewise.
In three days, most people in The United States of America will have the message.
Congressional Reform Act of 2011
1. Term Limits. 18 years.
A. Three Six-year Senate terms
B. Nine Two-year House terms
C. Two Six-year Senate term and three Two-Year House terms
D. One Six-year Senate term and six Two-year House terms
2. No Tenure / No Pension.
A Congressman collects a salary while in office and receives no pay when they leave office.
3. Congress (past, present & future) participates in Social Security. All funds in the Congressional retirement fund move to the Social Security system immediately. All future funds flow into the Social Security system, and Congress participates with the American people.
4. Congress can purchase their own retirement plan, just as all Americans do.
5. Congress will no longer vote themselves a pay raise. Congressional pay will rise by the lower of CPI or 3%.
6. Congress loses their current health care system and participates in the same health care system as the American people -- or allows all Americans to be covered by the same health care system as the Congress.
7. Congress must equally abide by all laws they impose on the American people.
8. All contracts with past and present Congressmen are void effective 1/1/11.
The American people did not make this contract with Congressmen. Congressmen made all these contracts for themselves.
Serving in Congress is an honor, not a career. The Founding Fathers envisioned citizen legislators, so ours should serve their term(s), then go home and back to work.
If each person contacts a minimum of twenty people then it will only take three days for most people (in the U.S.) to receive the message. Maybe it is time.
THIS IS HOW YOU FIX CONGRESS!!!!! If you agree with the above, pass it on. If not, just delete

Kim, You fail to address the fact that Congress folk vote themselves pay raises and other lucrative benefits. This creates a distortion of value. You speak of getting the best with super incentives. From my perspective that has not been achieved.I suspect we would still have qualified folk running for office without the fringe benefits congressfolk have voted for themselves. H.

The current salary (2010) for rank-and-file members of the House and Senate is $174,000 per year. Who do you suggest should determine their wages and benefits?