Forgive me, Mother, for I have sinned. 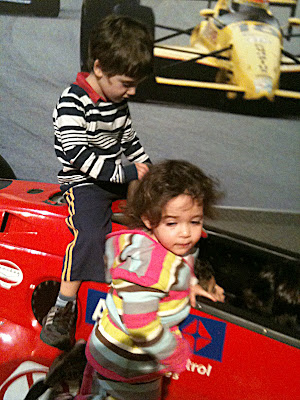 Sometime in the 70s I went to my parents' house for Thanksgiving dinner. They lived in Chicago and we lived in St. Louis. After dinner we left to drive back to St. Louis. My mom was very hurt because I didn't say thank you, so she, seeing this as a "teachable moment," had Marshall Fields send me a copy of Amy Vanderbilt's and Emily Post's etiquette books. I thought that they were silly books, so I returned them to Fields and had her charge account credited. Now I was really ungrateful in her mind.

In my mind, I had led myself to believe, all these years, that my actions were justified because I was in tremendous pain due to an impacted wisdom tooth.

Today I went to a talk about saying "yes." Do you know people who say "yes" and others who say "no." Who do you want as friends? (The speaker didn't say that... I did.) Anyway, in the talk we were asked to describe a situation where we had said "yes" and I thought of how I said "no" to my mom by not thanking her. If I could have, I would have called her right then and apologized.

So mother, this wasn't the only time in my life that I wasn't nice to someone. I once hurt (euphemism) a goldfish too... and I threw a rock at Rodney and hit him in the face. Each time (I wish that was the extent of my bad deeds) I came up with elaborate rationalizations to justify my actions. The goldfish was the victim of a scientific experiment, Rodney was playing with us and we didn't want him to, and my tooth hurt. See... I did nothing wrong. Or so I thought.

I've mentioned before the wonderful aphorism by the Zen teacher Reb Anderson: "walk on the Earth as if it is your mother's face." I had first heard that a few years ago... but today, after the dharma talk, I tried to do it... literally. Wow, it is hard. For one thing, you need to focus on each step. And for another, you need to step very gently.

So where do I go from here? The goldfish is long gone. My friend who participated with me in its demise is now an attorney or banker in Chicago. I could write him and ask him if he even remembers our "experiment." Rodney is an attorney, I believe, in Portland, Oregon. Dare I contact him or would he sue me for child abuse? And my mom... she's mostly scattered in the Pacific... though a little bit of her is here and there... but it is basically too late.

The Earth. She still needs some gentle footsteps. Maybe I can focus on that?
at January 08, 2011

been there. I hate those old guilts, particularly when I can't get off the hook by 'un-doing' it. Don't know why that state comes on so strong sometimes. My therapist used to say, are you doing everything you can so the situation doesn't repeat? Sarah

Oh yes, I know this one well. I can't be wrong, so I desperately search for whatever tiny postage stamp of an island on which to plant my flag of "justified!"

Thank you for sharing this reflections. Juniper

i think I may be more forgiving of self. H.

I can't speak for the goldfish or for Rodney, but I know your mom felt you "thanked" her in innumerable ways.