Answering a question about buddha nature with a question. 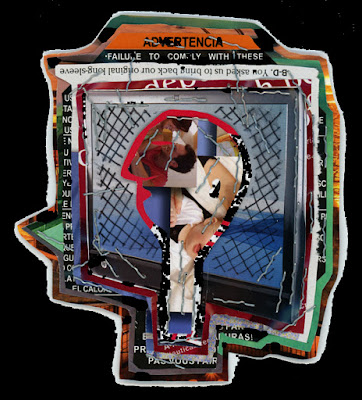 I asked, "if everything changes why doesn't buddha nature, which is unchanging and eternal, change?" Kosho answered, "does it matter?" I said "no." The crowd laughed, and we went on to the next question.

It was an easy out for me. Kosho implied from the question that he thought the answer was no. But is it? Janie came up to me afterwards and said that medieval Jewish scholars debated this question and she would send me the name of a book about it. But until then...

Perhaps the changing world is the relative world (in Buddhist terms) and buddha nature exists in the absolute world. And, so I'm told, both exist together. Things that we really value, like love, don't (in themselves) come and go. Our "love" for something may cease, but the "love" itself doesn't disappear.

Buddha nature is both an ideal and a reality within ourselves. It is the part that we come back to when we are authentic. It is the response of a mother protecting her only child (from a sutra we chant). Though Buddhists claim they are without goals, I think it is a goal to meet and entertain this buddha nature part of ourselves. It is who we are.

Perhaps for those who believe in rebirth it is that part of us that we can't get rid of... the sticky part. Maybe it allows us to measure change. Without it there is only dukkha. Yes, it does matter both that it is and that it doesn't go away. Very much so.

And... if buddha nature did change, and did go away... then we would have to deal with that. It would be a different hand of cards.
at January 16, 2012

Email ThisBlogThis!Share to TwitterShare to FacebookShare to Pinterest
Labels: s

Excellent. The art, too! And is that Josh at the top or a younger you? I especially like "meet and entertain this buddha nature part of ourselves".