I read something the other day about banks.  (click on link to read article). It has bothered me since I read it because I don't believe banks are doing the wrong thing by investing money rather than lending money.

At the beginning of the article Stiglitz talks about the bailout. He says that we did it because we were told that the American economy couldn't function without the overnight lending. I don't know if this is true, but if it is, it indicates how, after years of any service, we become a slave to that service provider.

Then he says that the banks used some of their money for bonuses. This suggests that we gave them too much, and/or that they didn't need as much as they said they did. I hope that they lose some credibility over this. You give your kid your car keys... and the car doesn't ever come home. You then hesitate the next time they ask for the keys.

He speaks of the lending rate being close to zero. This was done so the government could borrow lots of money, and also so the government wouldn't have to pay lots of interest. But for the average Joe, it didn't mean easy money. Not for buying a house. Mortgages are still hard to get. Car loans are easier and cheaper. That is because the car companies know that they won't sell cars unless they can entice people with low interest and low downpayment. Cars can be repossessed easier than houses (esp. with used cars being sold at a premium), so it is good business to loan money on them. House mortgages are a risky investment for banks. Why should banks take chances for a low rate of return?

Stiglitz admonishes the banks. He says they aren't doing their job. I think they are. They are making a profit for their stockholders (as their charters suggest). It isn't their job to be charities. And if we criticize them for not engaging in risky investments, as home mortgages are (especially at low rates), aren't we really contradicting what we accused them of in the past... of engaging in practices that are too risky. How can they win?

This is not to say that people don't need mortgages. It is just that the price of mortgages is artificially low, so that banks (rightfully) don't want to do them.

People pay much higher interest on their credit cards. At some cost, maybe someone would start to loan more money on houses. But I don't think we should point at the banks as the culprit.
at January 01, 2012

I heard that a high end prospective buyer, perfectly solvent, NO, imperfectly solvent -- bloody RICH. He was one of those recipients of 6 million dollar bonus from some financial institution and he was not allowed to buy a coop apartment in a very high [15 MILLION $] end Manhattan building. Why? He wanted to pay all cash. ALL CASH. The coop approved them, but a bank was not asked to approve him for a mortgage. The same institution that gave him 6 million one year in addition to his salary, now had to be asked to approve him for a mortgage or he'd not get the apartment. If it all sounds a little incestuous, I'd like to think that the coop didn't want somebody that rich in the building. But with a price of 15 million for the unit, can't say that is very likely. I then thought that the coop just wanted to be sure he could get a mortgage and that his $ was not all laundered money from the drug trade or something [is that what shows on a mortgage application?]. That was also unlikely as plenty of drug dealers and mafia have huge real estate holdings. No that was not possible. Then I surmised that the coop was worried that even tho the prospective shareholder could pay the large maintenance and that was the way to find out. [who knows?] What was coop after? There was a time (single family houses albeit] when that's what a seller wanted. All cash. Independent of mortage approval. Any idea why they had to go thru the trouble of getting the mortgage from Daddy Bank, being approved, then paying off the bank the next day? Was there a huge penalty to be paid to the bank and the coop was in kahoots with the bank who employed the buyer to beef up the reserve fund of the coop? Maybe it's obvious, but not to me. Any big rollers that can explain this to me. 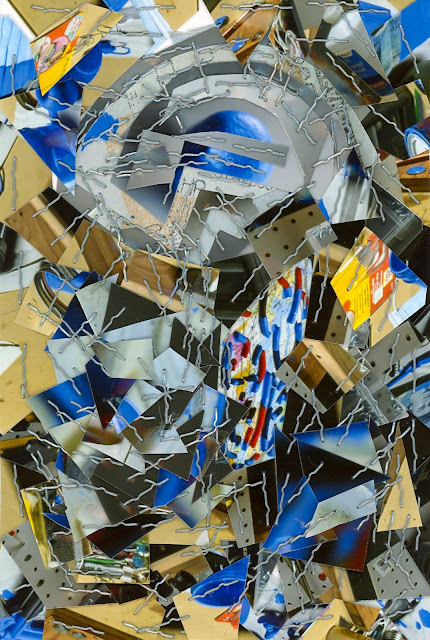