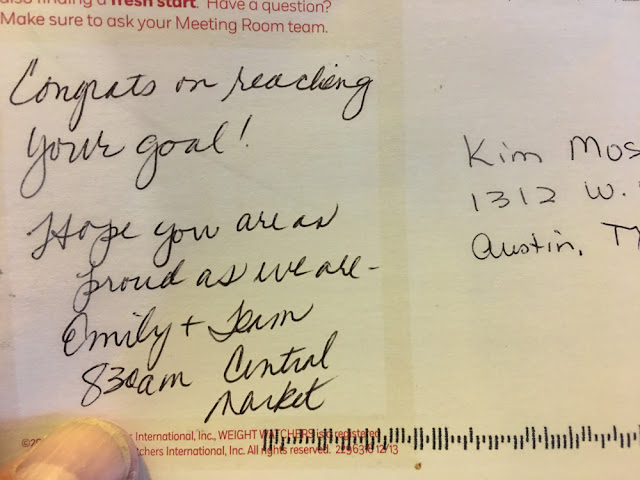 The assignment was “Do something new.” l tried to sign up for piano lessons—free as part of a research project at University of Texas... but I'm sure they will reject me because I was honest in the application, saying stuff like I have an information processing disorder, attention deficit disorder, was not one who listened to music and didn't do a lot more stuff. I'm sure I'll end up to be a reject even after meeting the requirements of wearing a hearing aid and being over 50.

And then there is the thing of assignments. Ugh. I hate assignments. When am I going to do assignments? I wasn't going to be busy when I retired. I was going to just roll out of bed and wonder what I should do.

Trump said that the government could only add a program if it eliminated two. I eliminate one program and add two.

The assignment was “Don't read pages 98–102 in the biography on Gandhi,” but I read the pages anyway—and as a 12-year-old, I was rewarded with some juicy details about Gandhi's mental wanderings.

About an hour ago, I panicked a little. I had pangs of guilt—deep dirty guilt.  I had made up this assignment and then not done it. Thankfully, I then I remembered that I did do something new this week. Something that I'm ashamed about, but I'll share it anyway.

I'm a lifetime member of Weight Watchers. But I've lost my status (temporarily) because I've gained ten pounds since a year or two ago. I think I might have cheated to get the lifetime certificate... which was a charm for a charm bracelet and a postcard (above) from one of the leaders. I wore a lot of heavy clothes when I first weighed in and then lost a few pounds. I say I might have cheated, because now I don't remember whether it mattered what I weighed in the beginning. It is getting down to your ideal weight that is the goal. And now I’ve learned that getting there is not the goal—that staying there is.

In any case, I'm back now, recording everything I eat and trying to stick to 26 points a day, which is what worked for me before.

I think they suggest not weighing yourself every day. So, taking “not weighing” as the assignment, I did the opposite, compulsively weighing myself each morning and logging it on my iTrackBites app. One day I'd behave myself and gain weight, and the next day I'd eat bbq chicken and lose weight. So what I did new was to eat more than 26 points since there appeared to be an inverse relationship between how much I ate and the weight I gained. I did that for a few days and got completely satiated, and, unfortunately, gained a few more pounds.

Whoever wrote that book Calories Don't Count was from another planet—a skinny one at that.

Today I was pretty hungry around lunch time and didn't have any food around. I stopped by Natural Grocers and bought a package of four muffins that looked pretty innocent. In the past I would count them as two pointers. This time I made the dumb mistake of scanning the barcode to reveal the truth. I thought to myself that this was ridiculous to waste my time scanning because the muffins seemed to be made by some Ma and Pa organization. But no, I was wrong. A muffin turned out to be an eight pointer! I had only eaten half, and saw that a portion was half a muffin, at four points. Any reasonable person with a little self control would have stored the other half for a rainy day. But, no, I felt guilty for misrepresenting the muffin in the past and ate it all.

So I had three left. I stopped by a friend's house and gave her one. Did I tell her it was an eight pointer? No. Did I feel guilty because I didn’t? Yes. But if I had, it would have ruined the idea of a tasty gift.

And besides, you don't gain weight from one muffin, do you?

Something new? Well, I also decided that whenever we do the same old in a new way, that's something new. And maybe it is more new than the unchartered waters of newness.

P.S. Just received this piano class rejection (I’m sure this rejection was a gift from Heaven):

Thank you for filling out our project questionnaire! Unfortunately, you do not meet the qualifying criteria for our study. If you would like for us to keep your information for any future studies, please let us know.