As part of another activity, we were asked to do a Hakomi exercise of telling another person twice, “you should be ashamed of yourself.” Once we were supposed to look down, and the second time we were to look each other in the eye. I wouldn’t do the exercise, explaining it was against my principles. When I got home, I asked my wife to do it. She instantly refused as well. This isn’t the first time I refused to do a Hakomi exercise. Once I was asked in another context (by a Hakomi teacher) to stand up if someone had hurt me, and to remain seated if they had not. This was more difficult to refuse, since staying seated could be read as not being hurt, or as not playing the game. At still another venue, I noticed people doing activities without totaling owning the activity. It is as if they either read about the activity or had experienced the activity in another context and decided to throw it at us in a somewhat random way.

I think that’s an important distinction. Christianity has the Jesus prayer from the Russian Pilgrim book, “Lord Jesus Christ have mercy upon me a worthless sinner.” Judaism doesn’t pinpoint guilt to the individual, but rather to the action. There is a difference in telling someone that they are a mistake and that they made a mistake. In the former, there is no chance for redemption. In the second, there is. Implicit in “you should be ashamed of what you did” is the suggestion that the action was not the person. Sartre made this distinction that one is not this or that, but rather they do this or that.

We have a repentance chant in Zen:


All my ancient twisted karma,
born through body, speech, and mind…

J thought it was borne, which I like much better than born, the word that is used. We are born (maybe 1st time we are born) without twisted karma, and then we acquire twisted karma through our (intentional) actions. The karma shouldn’t be personified. It comes from our actions but it is borne and not born. Here’s a great explanation of the two words.

As the walking meditation continued, my mind drifted to a man I know, Ricardo Turullois-Bonilla, who, in the PaRaDiSe Manifesto, believes he should get the Nobel prize because he has figured out that the reason we’ve shooters is that they were taught dualism in school and that the schools are to blame. I decided at first that he was completely right and that he should get the Nobel prize, and then I realized that choosing non-dualism over dualism is yet another dualism and rather, we should hold each lightly in each of our hands. As it is written in the Hsin Hsin Ming / Trust in Mind:


The Great Way is not difficult for those who have no preferences.
When love and hate are both absent
Everything becomes clear and undisguised.
Make the smallest distinction, however,
And heaven and earth are set infinitely apart. 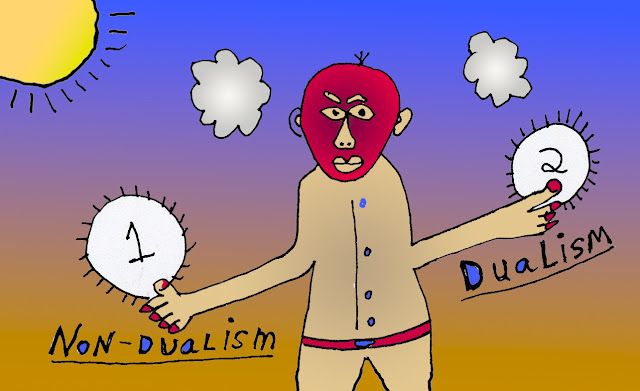 P.S. S wrote that I liked Walmart. I might well have written that, though I’m not thinking today too much about my love for Walmart. She said it wasn’t right that their executives make a million a minute (she slightly exaggerated) and their employees make so little. It is easy for us to associate these two activities but I think they need to be looked at separately. If an executive can convince a board that she is worth such and such, I think the CEO would be stupid to say, “but just give me half of that.” If they wanted to give their money away, they are free to do so. But they aren’t “bad” people if they decide to give the money to their family and friends.

The second issue is that of non-living wages. Let’s assume you double the workers’ wages. Now you are paying enough to peak the interest of the recent liberal arts college graduates. So what happens to the people who are working at Walmart? They will be out of a job. Increasing their wages not only does not help the poor workers, but Walmart might need to shut down some stores because they aren’t operating at a profit. It is a problem that some don’t make a “living wage.” But this is society’s problem, not Walmart’s. And with more welfare or a negative income tax, society can supplement the employees’ wages.
at August 25, 2019 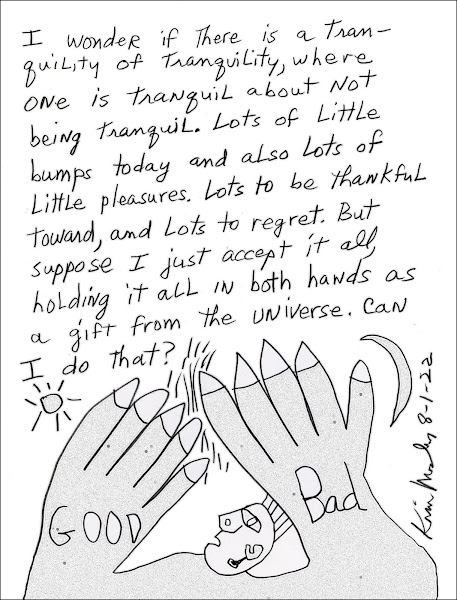