Holy crap! Our Buddhist temple had a table at a gay pride festival. We were very close to one of the music stages. So my head is still reeling from the drum machines. It will take a week of sitting to quiet it down. At least, it seems that way. People would come up to the table and we'd give them one of Sabrina’s jizō stones. The others were much better than me in being a public face. I could barely hear their questions and couldn’t come up with an answer better than “I have no idea.” I wanted to say, “it was a cow that kicked over the lantern.” But instead, I shut up, knowing that they wanted to hear something more digestible. Funny, if I had asked someone, what is Buddhism, and they gave me some absurd answer, I would have bought it hook line and sinker. But I’m old enough to know I’m not the average bear, but rather the crazy one. I remember in my previous life talking at a deans' meeting about how I finally had a really good carrot. I wasn’t talking metaphors. Did you know that there exist carrots that are really carrots? I suspect they were very recently harvested from a back yard garden. 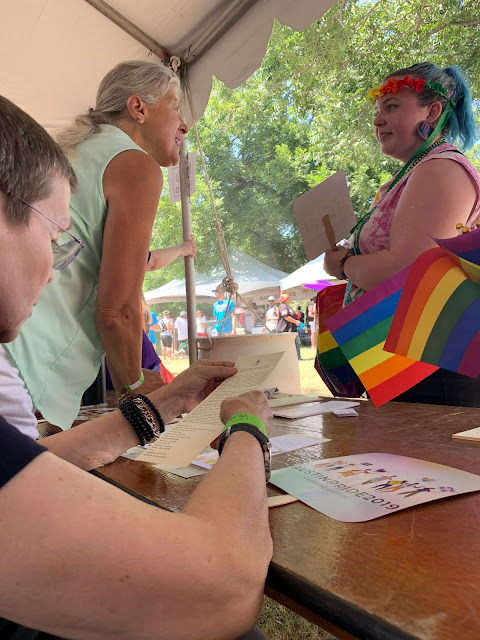 People wonder, what is Buddhism. I used to teach sculpture and when students didn’t know what to do I’d give them the test. We were always able to figure out what sculpture they wanted to make.

Here’s the “what is Buddhism” test.

All questions can be answered with binary answers.

I could go on and on. But unlike the sculpture test, there really are no clear answers. It isn’t binary. In sculpture, you can decide if you are going to make something representational or abstract, bigger than 12” or less than 12”. In Buddhism, there are no such answers. More like life. Did I do good? No clear answer?

There is a concept of “skillful means” where you do what is needed to get the person to the next step. But even that is iffy. It seems sometimes as not being honest. My skillful means was to let the other people talk because they had answers.

Imagine the challenge: you have one minute to talk someone into doing something you like to do… like sitting. What do you say? Especially when drums are beating loudly in the background. I don’t know. 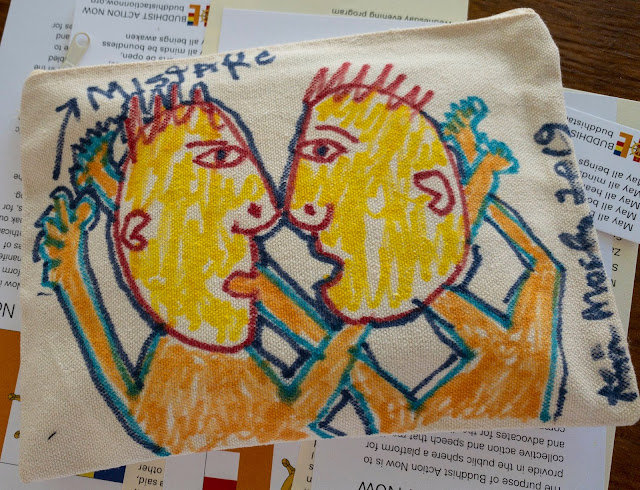