More on Privilege and Busing 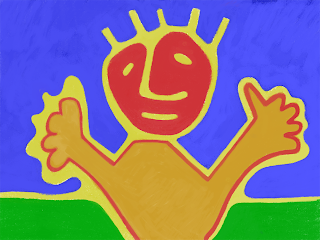 Yesterday I wrote about privilege, but I didn't post it because I was afraid I'd offend someone. The short guy on the basketball court has to be much better than the tall guy to keep from being benched.

And today I read about the current conditions in Haiti. It reminds me of the use of the continuum that we would use over and over again to describe situations in my last job at a college. Privilege is a continuum, with the displaced people in Haiti towards one end, and me towards the other end. Someone with little privilege has such a little chance to be thinking of much more than whether or not a car or truck will smash into their tent situated between two lanes of a road. For me, I had support all along, laced with both love and intelligence. I always had what I needed, and was only limited by my diligence.

Kate suggested in her comment to my last post "busing" (can be one "s" or two, in case you are interested). I remember that a number of kids were bused to my daughter's nearby (and then thriving) school. The school created special classes for the under prepared students, and in the mornings and afternoons these students always hung out together. Were they better off? Now they were in an environment where they were not as good as the others.

There are no simple solutions, but there are entire school districts who are able to close the achievement gap. Supposedly it takes three years of excellent teaching to make a difference for a kid. It is a slow process, and unfortunately, the success of "best practices" are sometimes hard to replicate. Years ago, one education professor told me about one study where both successful and unsuccessful teachers were told to employ a variety of strategies in their teaching. Guess what? The successful teachers continued to succeed, and the unsuccessful teachers did not.
at July 11, 2010

they started bussing kids in ..... i was in grade school when that crap started. propertY values didnt start falling until years after the school started losing credits. riverview was 4th from the bottom among area schools long before any house in bellefontaine lost any value.. with better schools not too far away the smart people moved. its deeper than that but most people get the point. --- Facebook post, author’s name withheld.

I guess one might argue that I am not one of the smart people who moved. I’m the idiot who stays in this declining and dangerous neighborhood with too much “diversity”. I still love my home. Maybe I’m just too stupid to know better.

You write about this ‘then thriving’ school. The implication being that the school is now in decline as is (I would guess) the surrounding area. It is a story that I hear so often that it sends pangs of emotion through my body every time I hear it. I think it is the worst of our programming. And I have not figured out how to reprogram my script.

I do now wish to imply that you, Mr. Kim, are suggesting that the bussing program led directly to any decline at your daughter’s school. But I want you to understand that more often than not bussing and the decline of my neighborhood get link this way by people around me. It’s hard because I am still in the neighborhood in which I grew up and all the people I grew up with have moved half-an-hour down the highway. When I run in to them, they seem shocked that I’m still here and surprised that I feel safe enough to walk around outside my house. And they feel completely comfortable expressing all this in front of my face. It’s like they perceive this place to be gang violence, drug-dealers, hookers, thieves, and murderers at every corner. He/she got out while they still could. Had to get the kids in a better school system and all.

It really grates at that all too sensitive nerve. PANG

What exactly does it mean for a neighborhood to be in decline?

What events do you feel put a neighborhood in decline?

Here's some info from the Brookings Institute on the decline of middle income neighborhoods from 1970-2000: http://www.brookings.edu/reports/2006/06poverty_booza.aspx

For me, when a community no longer works together to maintain itself then it declines. It is the same with a family.

I could go with your definition of decline. No longer working together to maintain what we already have. That’s sort of the same definition I tend to use for poverty. Poverty is not necessarily living without. It’s not being able to maintain what you have. It’s a realization that the main character comes to in Johnny Got His Gun when he realizes his father will not be able to replace a fishing pole.

So what keeps people from working together to maintain a place that is going into decline?

Do you remember a while back when we were talking about buses and airports? I told you that it seemed weird to me that once access to a seat on the bus symbolized a struggle for freedom, and now a seat on the bus often seems associated with poverty, crime, and dark skinned folk. Once the bus was a place where black people didn’t really have equal access to and now that black people have access . . . there’s no white people on that bus. Not really. Strange, no?

You know what else I find a bit strange? The same kind of story also plays out for neighborhoods.

And the thing about the bus. . . it’s really not all about poverty and crime. When my bus line was getting cut, I remember using the ‘poor people and handicap people have no other option’ argument to appeal to anyone who might have sympathy and vote the way I wanted them to. I was reinforcing this ‘poor people who have to ride the bus’ idea. At some point I realized that was stupid because there are many middle class people riding the bus every day to work not because they are handicap or poor, but because they don’t want to drive. It’s an escape from the road rage world of rush hour traffic. They have ipods and cell phones and lap tops and all the toys often associated with a prosperous people with affluence. And yet people seem shocked I feel safe on the bus. . . because of the crime and the general conditions created by poverty.

I sort of view my declining neighborhood in the same way. I know my neighbors. By and large they have jobs, kids, dogs . . . all the stuff you find in any other suburban neighborhood. But the image I think many people who do not live here (and even some who do live here) have of my neighborhood is one sort described in the second article. . . boarded up buildings, crack vials in the street, graffiti everywhere, and gangs of unruly kids waiting on corners for their next potential car jacking victim. Their perception and the reality of my existence here don’t exactly match up.

All this leaves me struggling with this idea of ‘decline’. Is my neighborhood in decline? At this point I think I view it as a ‘chicken or egg’ issue. Did so many people move out of this neighborhood because of the declining conditions or did declining conditions result from so many people moving out? So I do accept the idea that decline has occurred. But there is this question of if my neighborhood really is in decline or does this image of decline exist because it is more part of a condition story rooted in a racist system that my culture repeats at nausea to the point that people just believe it.

Once my husband and I went to this really nice park in the Jennings area. Beautiful park. Lots of money put into that project. But overall I would say that most people view Jennings as a haven for crack dealers, gang members, and unwholesome ilk. This old man at the park asked where we were from. We told him. He said, “Oh wow. Isn’t that a dangerous area. I hear it is a dangerous area.” My husband and I just laughed. We had been told the exact same thing about his neighborhood and yet here we were fishing in a lovely lake in a nice park in an area that seemed safe enough to me. Then again. . . maybe I’m just naive.

So anyway. . . I guess my point with all this is that the neighborhood decline story we tell keeps us from working together and maintaining the communities that then decline.