My daughter taught 2nd grade and she'd tell her students that in the 2nd grade we are nice to each other.

Imagine what a world would look like if people were nice to each other. If people smiled. I used to go to Trader Joes in St. Louis if I had a hard day at work because the check out clerks were always so nice.

Once I took a seminar in how to deal with difficult people. I remember two things I learned. One was that people are different. For example, some people like surprises and others don't. Expecting that people are like you doesn't work. The second was that even if a person is difficult, you can find a nice side in them, and you can address that.

One teacher called us all Mr and Ms with our last names. He expected us to be professionals. And we tried.

I think we are especially struck today because of people in the news who aren't very nice to others. A friend has an X who isn't very nice to her. I told her to smile. How could one be mean to someone who is smiling?

My daughter asked me to make her a painting with the word smile. I have it almost finished. I started it about 15 years ago. But she reminds me, every time the painting shows up. Today I found it, again.

Smile. Be nice to the troll and find a way of complimenting him, even if it is the number of exclamation marks he uses. I guess this must have been a text message conversation, because how would they know how many explanation marks he used.

Smile. And he had lots of typos which I corrected. I wrote Emma and told her I corrected them, and she said that trolls make a lot of mistakes. I didn't get that earlier, thinking he was saying rather than typing. But now I get it.

Smile. I had an aunt who told me that everyone who worked for her was incredible. I knew she had the knack for bringing out the best in people. When I hear a teacher talk about the great class they have this year, I suspect that it is more about what they elicit in the students than the students themselves.

Smile! Smile! Just Smile! Let the trolls know you love them and they won't be trolls anymore. Smile.

Trump’s idea of only letting people into America who pass a litmus test is interesting to me.

To become a citizen, you are tested on what you know. Here are sample questions. And I believe you have to “pledge allegiance.” How does what you know contrast to what you believe? Are there beliefs that are un-American? Is that what McCarthy was about? I realize that becoming an immigrant and becoming a citizen are different. Yet being an immigrant is the first step toward becoming a naturalized citizen.

Imagine that you wanted to limit how many people could immigrate to the US in a given year? How might you decide? Would it be first come, first served? Would it be a lottery? Would it be to only allow those that have a means of support? Would it be based on what they believe? Or what they know?

Is it un-American to believe that the constitution should be changed? Is any belief “un-American”?

One more question: Is it possible to think about these questions without becoming triggered? Can we have a belief that doesn’t make opposing beliefs “wrong”?
at August 16, 2016 No comments:

Listen to Everyone and Believe Noone

One of my favorite teachers would say, “Listen to everyone and believe noone.”

This was never so true as when I hitchhiked with a German Shepard to visit Linda in Elgin, Illinois (before we were married). People picked me up and chastised me for being so stupid for hitchhiking with a German Shepard. “How could you be so stupid to think than anyone would pick you up?“ they would say. And once we got past that, they were all very nice people.

There was one couple in a VW Bug who stopped to pick me up, and then realized their back seat was filled with stuff and they had no room for me. But their heart was in the right place.

A state trooper picked me up. Again, he scolded me and then we had a friendly talk as he drove me for many miles.

Today someone said, “No one wants to watch a 50-minute video of a class.” My mind goes back to that summer of 1969. I know that’s the conventional advice… and I also know to believe no one. 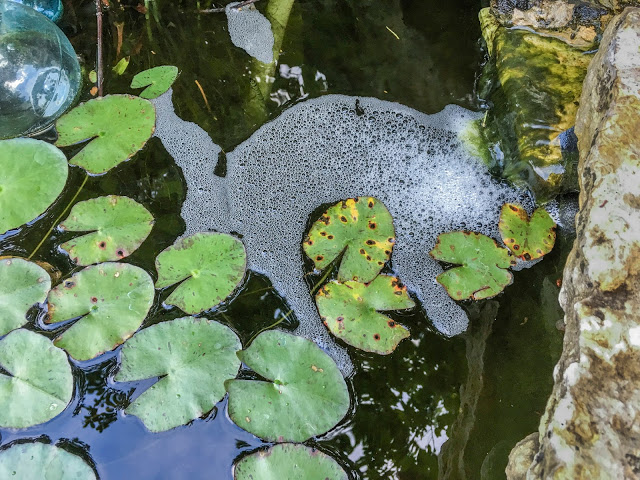 
I marvel at race car drivers, gymnasts, and others who have demanding challenges. They need to concentrate 100% all the time. I heard of a Zen priest (Philip Whalen) who could do the same. He'd count his breaths to ten over and over again for each entire period of meditation. No daydreams there!
at August 12, 2016 No comments:

Lisa quoted Rumi on Facebook "There is a field beyond right and wrong. I'll meet you there.”

I’m thinking of the gas chambers like Zika. The gas chambers made sense to Hitler. The problem with Zika is not solved by condemning the mosquitoes. We can’t coexist with the disease as Jews (and many others) couldn’t coexist with Hitler or ISIS. I think we can let go of the judgement because it is not productive. We can focus on the problem.

My mom used to say, solve problems, not people. Condemning others seems like a waste of time. Zika is just trying to do what diseases like to do—thrive. It isn’t “bad.” But it is a problem for us, so we try to stop it. We feel we need to judge another as evil or wrong to stop them. Beyond that field of right and wrong we see obstructions to our lives. Hatred just eats us up. Dealing with the obstructions do not.
at August 09, 2016 No comments:

We read about how, when we enter the stream, we go against the flow of water.*

Not to be guided by habitual habits or by already acquired karma, we create new karma.

It is not an easy path. If we let go for a moment, the stream will take us by force and carry us away.

The stream path ends at its beginning where a few drops of water come over a rock.

Branches and debris block our way, but we persist.

No, life is not easy. Living is not succumbing to the flow.

In Qigong we learn to stand with our knees slightly bent. A giant cannot push over a tiny old master.

P.S. I was wrong here... we go both with the flow and against the flow:

“Māra, the personification of reactivity, is conquered not by eliminating every last reaction from one’s mind but by finding a way to become impervious to his attacks. We acquire freedom from reactivity yet without the reactivity ceasing to occur. If we observe these impulses and do not feed them, they will die down over time and diminish in frequency. But, as this text makes clear, Gotama continued to be subject to Māra’s attacks even after his awakening. As long as we are embodied in flesh, nerves, and blood, reactivity will be part and parcel of what it entails to be human.


I guess “not by eliminating every last reaction” would be not to live in a protective shell, not going on long jaunts to far away places. Perhaps the idea of Buddhism bringing peace has to be replaced with Buddhism bringing turbulence.

A Moment is not on a Timeline

When you close a book, you can embrace it as a “thing” rather than as an event that occurs in time.

Small mind distinguishes and big mind brings them together. Seeing both, seen through a different eye, allows us to both be in our dream and to see our dream as being outside of time. Of course, seeing our dreams is just another dream. But there is a little more perspective there.


P.S. If you want something not to think about today, don't ask yourself this: “Do you control your mind or does your mind control you?” I just received that from my first Zen teacher. Is controlling one’s mind like trying to control one’s life? How does it connect to the Buddhist’s “right view.” (See: http://www.accesstoinsight.org/ptf/dhamma/sacca/sacca4/samma-ditthi/ for more on right view.)
at August 08, 2016 No comments:

We Are Not Our Banana

I heard this a few weeks ago: “What we think is real but not true.”

I think that can help with creating equanimity. Though we passionately believe stuff, we should also realize that they are beliefs, not truths.

We can’t know the truth because we are just seeing the world from our vantage point, and we don’t know how things will turn out.

We can believe that one horse will win the race. But until the race is over, we don’t know who won. And in a photo finish, we may never know.

Think about times when you’ve believed something completely and then learned it was false. That’s how (I think) we should hold all our beliefs. Lightly. Ready to let go when the information changes.

We are not our beliefs. We are richer than that. If a belief was a banana in a jar, we can put our fist around it and get stuck, for then neither the hand nor the banana will come out of the jar.

Or we can turn the jar over and the banana will come out on its own. Equanimity is not holding onto the banana with a closed fist. We are not our banana.
at August 06, 2016 1 comment: