My best critic (realizing that I have many "bests") told me that I should consider being reflective rather than directive (asking rather than telling). After teaching for almost 40 years, this is a little hard to take. But part of me knows that she's probably right. Trouble is, I prefer people to be directive, so maybe that's why I act that way. I'm curious what others think. Is the letter too directive? Should I have said, "when you say, "my reality is terrible" do you think there might be another way to construct your view of reality? What do you all think?

The message I hear in this letter reminds me of the story Jack Kornfield tells of himself as a young monk in Thailand. He had recently become a resident in a monastery there, and one day in the early going the abbot asked him how things were going with his meditation practice. Something like the following dialog ensued:
.
"Things are going ok, but I must say, I'm finding this a surprisingly noisy place. And the noises, frankly, are bothering me."
.
The abbot said, "Oh, I rather suspect it is you that is bothering the noises. Try to leave them alone. Don't bother them."

I hope the prisoner you're addressing,will not read this comments,and be able ,with confidence, use your good,and direct advise. Thanks for sharing your thinking,Kim. 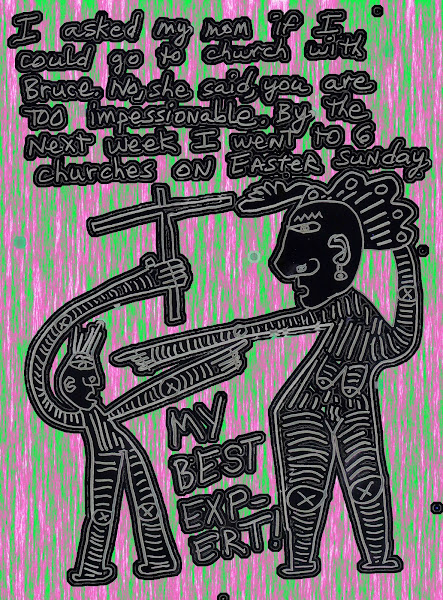