You Are Too Impressionable

Bruce asked me to go to church with him. Both of my neighbors that I played with went to church every Sunday. They never asked me to join them. Why? Bruce did. I asked my mom. She was taking clothes out of the dryer, and I stood by the door of the utility room. I was framed by the doorway. We were about the same size since she was hunched over getting out the clothes and putting them into a wood clothes basket with wire handles.

My mom was the expert on me, yet I was an Island.  I picked “Island” because I wanted my initials to be “K.I.M.” She named me after the character in Rudyard Kipling’s book, Kim, where the character by the same name was independent and resourceful at an early age. She wished me to be independent, yet insisted she knew me (and others) better than I knew myself. Could we expect less from a psychiatric social worker, raised on Freud?

I couldn’t argue with her because words were not my forte. I felt disconnected from her. As I look back, I see that I had come from a different time and place. I was her son in this life. I was tied to her, but yet what I’m seeing now is the opposite. I was not her son. I had something in me that yearned to understand the mystery of life.

I believed that Hell was behind the fence at the Catholic Church a block away. I couldn’t see beyond the solid brick fence, and I imagined a deep pit inside that went on forever. I later went to that church and marveled at the Latin that the priest recited. I felt that I had time traveled to a place that felt very familiar.

Behind me, in that kitchen, was a man. My mom could not see him and I did not know he was there. He was the witness to my life. I called him up today and asked him how my mom’s “you’re too impressionable” affected me for my soon to be 70 years.

In Zen, we talk about needing to step off a 100-foot pole. We need to give ourselves to something beyond reason. It is the important orgasm that we are all afraid of reaching. Somehow my mom was right. I was too impressionable. But now I realize it wasn’t to new experiences, but rather to finding out who I was. I feel like the adopted kid who wasn’t allowed to meet his real parents. It touched me deeply in one of the Carlos Castaneda books that Don Juan decided to trash his last name. That's where we came from, but not who we are. In the same way, The Prophet, by Gibran talked about how


“Your children are not your children.
They are the sons and daughters of Life’s longing for itself.
They come through you but not from you,
And though they are with you yet they belong not to you.”

I used art all my life as a means to tell people who I was and what I was feeling. Yet, it wasn’t enough, because I had kind of figured that out and it (or me) seemed like a closed system.

What I was looking for was something very very very big. Something that encompassed everything. The next week I went to six churches.

And years later, my mom would tell us of her extensive conversations she’d have with the black birds that would come to her kitchen window.
at June 03, 2016 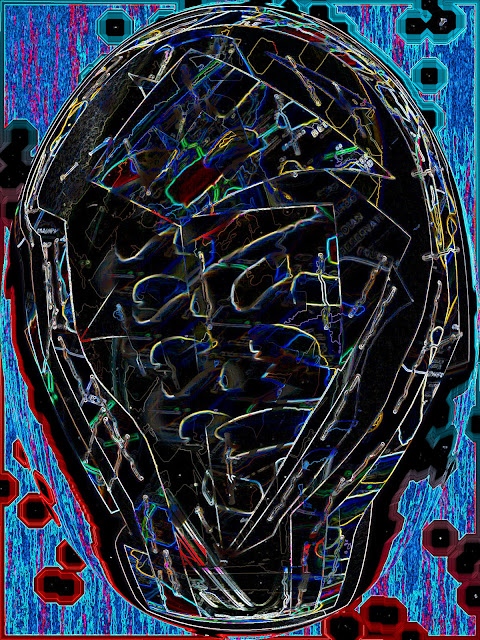