I do pray for things. Not very often. And only when my resources are depleted. So I'm waiting for the results of a test. I pray. I guess Kevin, with his doctorate in the philosophy of probability, would say that I'm intuitively calculating the odds that I have some incurable disease, and I have figured that there is a chance, if only remote. I'm not sure if my kids or my wife knows that I do this. (I just asked my wife and my son, and they both said I didn’t pray.) They must just think that I'm blessed and that's why things generally turn out so well. Or maybe, Janelle, our class minister, might say, that I'm blessed because I do pray. I never told my parents, either. And now it is a little late, unless I'm mistaken about the power of their remains.

I guess I could pray for the people in Houston. Or at least I could feel guilty for not doing so. I knew a woman who was recovering from an illness. She went to a weekly prayer group, and they all prayed for one another. Against all odds, she is still around 25 years later.

Once in college I was really worried about something and I went to a church that was open 24/7. I put $5 in the box on the wall. Lo and behold, an intervention occurred and things turned out well. So I went back to the church and retrieved my money.

This would be more understandable if things had turned out the way I didn't want them to turn out. Then I could rationalize that I had wasted my money so it was ok to retrieve it. And maybe it did do good.

So I've heard a couple of things this week about karma that were new to me. One is that karma is not action, but rather intention. So my intention was good, perhaps, to put the money in the box at the church. But maybe not so good to take it out.

The second idea about karma is one that I read just an hour ago. And it slipped my mind when I wrote the last paragraph. It said that the rational mind shouldn't try to understand the relationship of karma and action. The effects of karma are not comprehensible. In the article I was reading, it said that karma is mystery. We don't know the effect of our intentions.

Prayer? I'll continue to pray. Will I believe it will make a difference? Some part of me probably will because otherwise I wouldn't do it. But another part thinks it is silly. So let's keep my praying as a secret between us. OK?
at August 31, 2017

Hey Kim! Were your prayers answered? I hope so.

Sometimes it seems prayer changes the pray—er rather than some g_d or some thing or some other process/es in the universe.

I heard on NPR that they can now identify those who will be helped by placebos and those who won’t be helped. There is something in some people’s bodies that causes positive suggestion to create physical change. And that “thing” won’t necessarily be with us forever. It can come and go. I think of prayer as such a placebo. This would explain how the “laying of hands” can sometimes work. 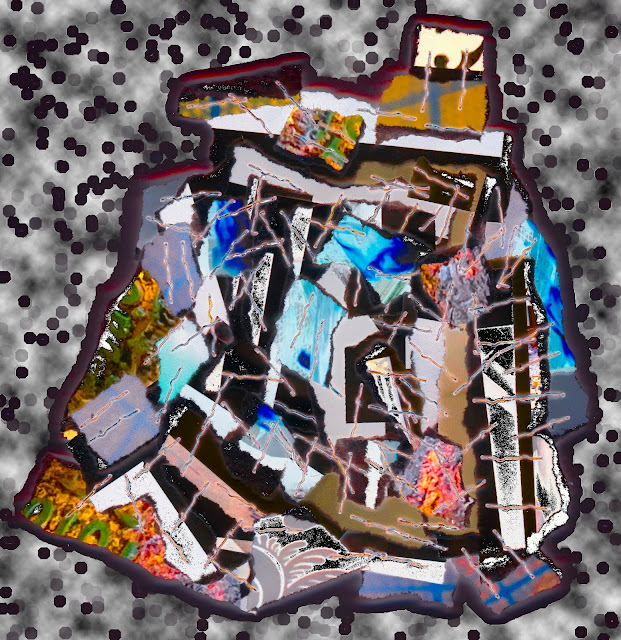