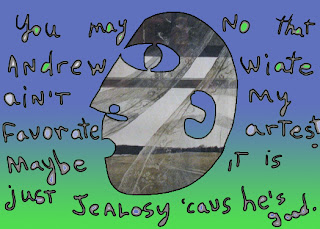 Someone told me this weekend that we are just a swarm. 90% of "our" bodies is actually bacteria that doesn't carry our DNA. Not bad stuff either. We need that bacteria to function... Some of it, at least. So this swarm sits on a cushion with millions of operations going on. Each atom is doing something in reaction to some stimuli. And last night someone said that we don't really multitask... We just do one thing at a time. IMHO, nothing could be further from the truth.

When Socrates was on trial he said that the philosopher would welcome death because then they could see clearly without being mislead by the desires of the body. Buddhists appear to take a very different approach that there isn't a duality. They use the expression "not one, not two." There is a Buddhist "mind," but it is one of the sense apparatus. Who receives the sense information? Is it the body? The whole swarm?

Buddhists talk about big mind and little mind. I think big mind can laugh when it is stuck in traffic... or when they get a new car and see that a falling pecan made a rust colored mark in the shiny paint. Laugh. How? Perhaps understanding the impermanence of the new car. Perhaps realizing that the pecan has a life too... and part of that life might be to mark a car. Perhaps by seeing events from every perspective.

That heavy thinking is above my pay grade. H.