Sometimes Anger is Necessary... NOT!

Again, someone used that phrase, "sometimes anger is necessary." And again it hit me hard... like something is wrong but I can't figure out what. Just like the people who pay the minimum on their credit cards. Who cares that the interest is stupendous. They are living now, not tomorrow. I've never had a late bill... but others... Someday, someone will explain what is wrong with that.

In the meantime, I figured out the error in logic with the statement "sometimes anger is necessary." Well, the error is in the logic that anger is justified because good things may come from it.

Tonight I thought about jumping out of a tree to scare someone walking on a dark path. What I didn't know (this is all pretend) that the person (a woman) was partially paralyzed for many years and doctors could not help her. So, with only evil intent, I jumped out of the tree, and she saw me coming and ran out of the way. Her paralysis was no more. Now... was my scaring her a good thing? Of course not. Did it have a good result? Yes.

We don't need anger. Sometimes good comes from it... but generally it just breeds war. My friend sent me an article, Major cyber attack on Iran cripples its industries. His friend sent it to him, with the comment, "great news, for a change." I wrote back that it is never good news when we hurt one another. Maybe the least of all possible evils, but no, not good news. That's sadistic (and there I go with judging my fellow man).

Supposedly the martial art warriors know that anger will not help them. Do they know something that we don't? Enough said?
at September 30, 2010

You know what is worse than anger. Suppressing your anger.

Sometimes one has to get mad. If they didn’t get mad in certain circumstances, they would seem like lunatics.

I would like to think that if I saw a man strangling a child, I would in fact get mad enough to abandon all my fears and to do something to stop it.

I would like to think that if there were a system that was harming people, that I would get mad enough to do what I could to change it.

And I would like to think that I can live in a world where I am not made to feel like I am sinning because I have an emotion.

“This is not extreme.
It's a girl thing.
What we would all be
if the big door inside us flew open.
Don't tell me not to cry.
To calm it down
Not to be so extreme
To be reasonable.
I AM AN EMOTIONAL CREATURE.
It's how the earth got made.
How the wind continues to pollinate.
You don't tell the Atlantic ocean
to behave.

I AM AN EMOTIONAL CREATURE.
Why would you want to shut me down
or turn me off?
I am your remaining memory.
I am connecting you to your source.
Nothing's been diluted.
Nothing's leaked out.
I can take you back.” --- Eve Ensler

Your commentary has validity. H.

Here's a nice piece on anger by one of my teachers: http://northshoremeditation.blogspot.com/2010/08/perfecting-patience-is-our-path.html

In reality all of our problems are nothing more than a failure to accept things as they are–in which case it is patient acceptance, rather than attempting to change externals, that is the solution. --- from the article

I should not get mad about the company dumping poison in the river. I should learn to accept things as they are and cultivate patient acceptance rather than attempt to change something external.

We change our behavior all the time when needed. A car is coming towards us... we move. My mom used to say, "solve problems, not people." No need for anger. 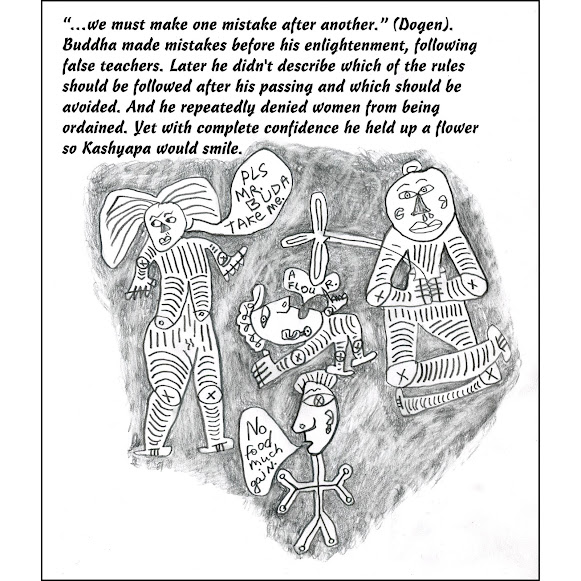