My friend Greg, and Moses both have spoken to God. I imagine that, if there were no God, some would still believe that they had met him. When we believe something, our mind can play lots of tricks. Some with prejudice against another actually flipped in their head who was attacking whom when shown some photos. Psychotic people imagine things, but also all of us "see things."

Likewise, miracles will occur from time to time. Unexplainable activities, such as a flipped coin landing on its head, appear to defy the scientific "laws." This is the nature of probabilities. Every once in while "strange things are happening" (to quote Red Buttons).

Some use "God" as the word describing such events as creation, goodness, and love. When "God" is more than a word I imagine that "it" is either physical and not. If physical, then one could theoretically find "it" if they combed through the universe(s). If not physical, then one could not find "it," but they could feel its presence and see its work.

One interesting question is whether "it" plays dice with the universe. I suppose those that believe that "it" does use the existence of miracles as their proof. And those that think "it" just set up life believe that miracles simple indicate our lack of knowledge, information or imagination.

It seems to me that the non-believers, like Bertrand Russel or Dawkins, use rationality to disprove "it." I find many contradictions in this approach. For one, much of our lives are immersed in the unexplainable, from love to life itself. And we don't do much with rationality if we believe that our unconscious makes decisions milliseconds before our (rational) consciousness believes that it does. Anyone who has made art knows that rationality is our enemy, not our friend. One teacher used the negative term, "pre-meditated" to criticize some of the art that "didn't make it."

When I asked a colleague if she would still believe in God if I proved that "it" didn't exist, she said, of course, "I've experienced it." I imagine that in a world without "it" we'd still have that experience.

So where does that leave us? I know we use the word "God" to mean many different things. "Is there a God?" is an ambiguous question. "Is there a God that plays dice with the universe, circumventing the laws of nature?" Maybe that's a better question. Or, "is there a god that created the universe with some degree of thought or consciousness?" Or, "is there a place "Heaven" (like Australia) where creature "God" resides and judges us by our deeds? 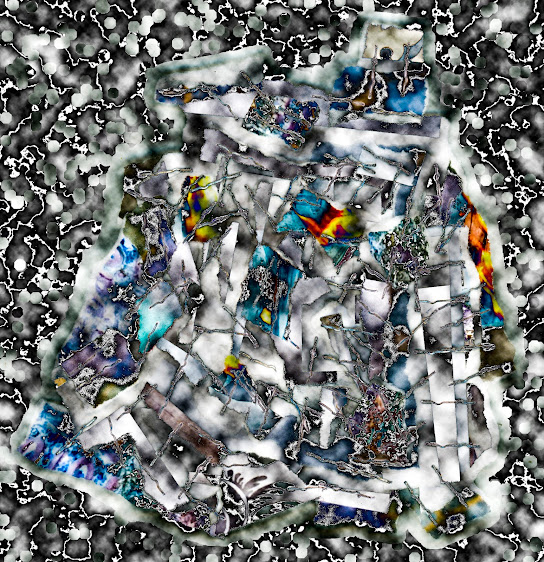