“I still believe, in spite of everything that people are good at heart.” —Anne Frank 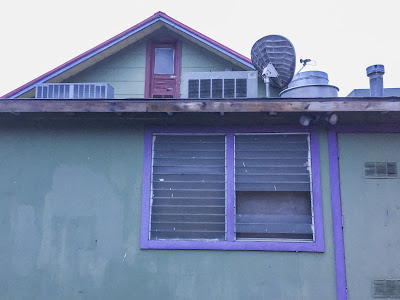 My first thought, when I came across this quote yesterday, was that I wondered if the quote was still true. Is this a worse time than it was 70 years ago? When I read her diary in high school I don't remember questioning whether people were really “good at heart.” I asked my neighbor what he thought this morning, and he said that it was true if the person hadn't been indoctrinated. I wanted to ask him whether Christ would agree, but I didn't, assuming that he'd say that he didn't know.

Why would someone whose life had been turned upside down say that people were good at heart? Is it because the frontal lobe of her brain hadn't developed and that's what led Anne to such a ridiculous realization?

What was amazingly similar for Anne Frank and perhaps the rest of us who are under the mortality death sentence is that we tend to live pretty normal lives even though the death gremlin could knock at our door at any moment. i think the book is read in high school not because it is about the holocaust but rather because it is about a normal adolescent girl. Her unusual circumstances don't shift her life. She has the same thoughts, crushes, and insecurities that most of us did at her age (and still do).

So I've been evading the issue about whether I agree with her statement... And why? And how? On the one hand we have bands of people who not only hate others but proceed to kill them mercilessly. If all people were good at heart, then we have to include those people who were indoctrinated.

There I go again, avoiding the question about what I believe. I started thinking about my student who killed his teacher (not me). My mother, trained as a social worker, asked me if he was violent. "No," I said, "just confused."

Anne's statement struck a chord for me. Do I believe it, or just want to believe it? Would I believe it if I was in hiding? I don't know.

I still believe, in spite of everything, that people are good at heart.