Dance With the Stars

The world isn’t the way I want it to be.
The world is just as it is.
What am I going to do about it?


I mentioned that if someone wrote a screenplay about the world as it is, no one would believe it.

Then I started thinking about what the world might be like if it was how people would like it to be. I'd like to eliminate all the meat and candy from Central Market. And also all the wine. Who needs that stuff anyway? People just do the wrong thing when they drink.

But then D came by and he wanted peanuts… just peanuts, so then the world changed and CM had only peanuts. And so on. So that might really be crazy if things were how we’d like them to be.

Actually, in retrospect, our delusions often let us believe that the world is how we’d like it to be… for those incredibly short moments. Even today, I mentioned that I was 1/2 of my world. A crazy delusion!

Yesterday I was talking to T about the way it is, and he mentioned another aspect that I didn't even consider. What it is is not just what we read about in geology and biology textbooks. It is also how we feel about it. So I'm driving on Interstate 35 and there is lots of traffic. That is what is. And I'm feeling frazzled… mad, wishing that I had left a few hours earlier before all these people got out of bed. So "what is" is not just the traffic... it is my mind agonizing over what is. Imagine someone looking down onto Earth. Someone who only observes and doesn't react. She would see you and me and the cars... And we'd all be what is.

And then the tough question. What will I do about it? I can run, I can endure, or I can change. Or I can do nothing. Just sit there like a “bump on a log,” as my sisters would say when one of us wouldn't play.

There is an event coming soon that I would rather didn’t happen. I can avoid it, hoping it will just not be. I can go, but not really go, hoping that I can satisfy both the need to go and not go, or I can really go, fully embracing the situation authentically.

Complaining and disparaging might take place. Bad qi might permeate the space. Is that doing something about it? Or is it just wishing that things were different? And if things were just like we’d want them to be, would we like that? Or would we complain about that too?

My house is too small. No room for a ping pong table. Next day, when vacuuming, the house is too big. No time for anything but cleaning it. And on and on.

So I guess facing the music is all that I can do. I can embrace and embody things as they are. That's all we have to work with. I can observe it, and me within it, reacting, responding, hating or loving. I’m a half of what is... It is real to me, but not for you.

Do we live in the same place? Hardly. But we can meet somewhere, somehow, and dance with the stars.
at September 21, 2016 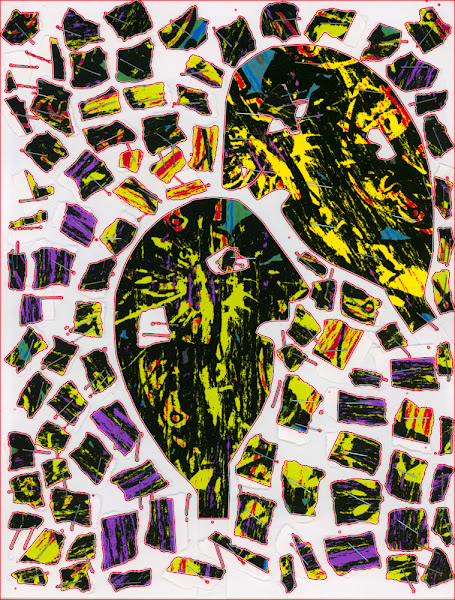