I had an idea that Rich might bring a prompt about flowers. Thinking about flowers, I had a flashback from about 50 years ago. My aunt Reggie, my wife, and I walked by some flowers in Reggie’s garden. She went totally ape over these flowers as she pointed them out to us. She started exclaiming how they were so beautiful ... And she started jumping up and down like gorillas do when they meet a long lost friend. Or when a dog jumps all over her long lost master. I had never seen any human so excited about anything. I am kind of a dead beat and often say to myself, “bah humbug.”

Isn’t that what Ebenezer Scrooge would say in that Dickens' A Christmas Carol?

My grandkids started calling me grandpa no fun, until I adopted the name myself and took the fun out of that.

Reggie's excitement about the flowers was especially poignant because she had experienced a couple of tragedies. Normally our family didn’t do tragedy. Experience tragedies, that is. One of Reggie’s sons turned out to be severely disabled and then Reggie had a surgery that limited the use of one side of her body. And yet she was all there, like a cheerleader, telling that flower how beautiful she was and how much joy that flower had given her. Joy to die for, as the curious expression goes.

I was in a store the other day and the free sample lady gave me some chocolate and said it was to die for. I said that if you died you couldn't taste it. At first she tried to object, but then she looked at me and said, “you're right... It is something to live for.”

I was jealous of how Reggie could get so excited over a flower. Part of me thinks that one thing is just as beautiful as another. I decided one semester in college to photograph the ugliest thing in my life. It was a beige coffee cup from the vending machine in our art building. Finally I started to make beautiful images by cutting it up (which I took as cheating a bit). The Dallas Museum of Fine Arts owns one of the prints (link). But never did I jump up and down over that not-so-beautiful cup.

My painting teacher at the time, who was a great influence on me, claimed his greatest discovery was that corners pick up dirt. He would get excited about that idea. I never saw him excited over flowers.Though Indian turquoise jewelry tickled his fancy.

This takes me to the sirens that sang so beautifully that they'd lure the sailors into the rocks. Do flowers do that for some? Some find peace in flowers. Reggie, on the other hand, found ecstasy. I don't remember the flowers themselves. But I sure remember Reggie, and marvelled at her enthusiasm for these flowers of hers. Here’s a documentary on Reggie: http://jklabs.net/million.html

P.S. After everyone read their writing about flowers, and two women complaining that their lovers had been so inept at giving them the right flowers, and another saying that she and her girlfriends give each other flowers (because men don’t have a clue?)… I scooted over to Central Market to get my wife flowers… only to find that there was a power outage, and CM said I could come in, but could not buy anything. A week ago my wife had bought herself flowers and pointed them out to me, saying “look at the flowers I got from you.” I had the combined thoughts that I was glad she was getting what she wanted… and a little guilt that I wasn’t the one to get them.

P.P.S. Easy to please a woman? I asked her what kind of flowers she wanted today. She said carnations. But by the time I got to the store this morning, I wasn’t sure what she had said. So when I came home, I told her I couldn’t remember if she had said carnations or what. She said “carnations, but that she didn’t like all carnations.” So I took a picture of the ones “I had bought her last week” that were starting to wilt. She also said there were some other flowers she liked, but she forgot their name.

P.P.P.S. We did an exercise the other day at a Zen temple. We each took three minutes to describe a gift we had received in the past. What was surprising was that it was not the gift that had really touched us, but really it was the connection that had formed with the giver. The gift itself of little consequence in the interaction. What are we really saying when we pick apart the gift? 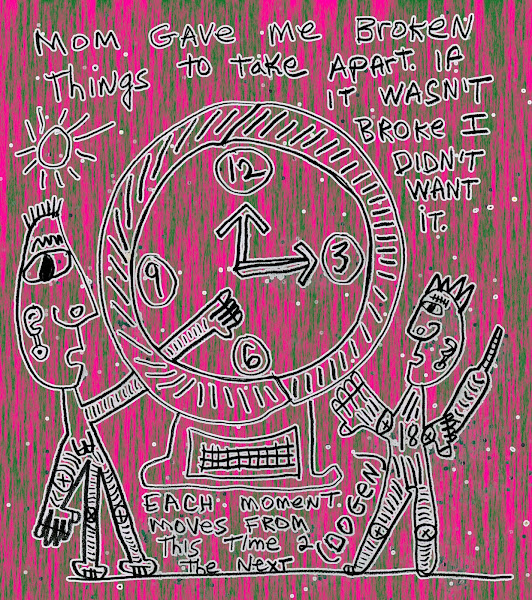