The Brandeis Ratio of Rich and Poor 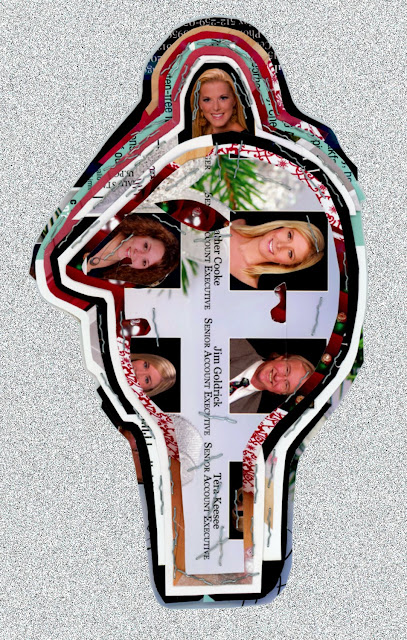 The Brandeis ratio, http://www.nytimes.com/2011/12/19/opinion/dont-tax-the-rich-tax-inequality-itself.html?src=recg, describes the disparity between rich and poor. The article, and believers in the the detriment of the inequality, claim that we need to take money from the rich and give it to the poor. I agree about the detriment, but not that this is the solution.

When I was growing up, Robin Hood was not a hero. No one claimed it was right for us to garnish wages because one was earning too much. We saw that Karl Marx's slogan, "each according to his ability, to each according to his need," popularized in 1875, was not to be our way.

There is another solution to inequality. But first, is it really the inequality that is the problem, or is it the poverty? Would it matter if we had ten times the number of billionaires if everyone else had what they needed?

I'm not so worried about economic power being in the hands of a few as long as we have a democracy. The other constitutes a large minority and (I believe) will eventually prevail.

Imagine if the conversation shifted to how can we reduce poverty? Do we really believe that taxing more would do anything for the poor? What it will do it to make the government (still) bigger. Why and how would these dollars trickle down to the poor? And would this enable the poor to produce more goods and services, make them more employable, and, in the end, reduce the disparity?

I believe that taxing the rich to reduce the disparity is a pipe dream. It is easy to say, "redistribute wealth to fix disparity." It is harder to say, "equip the poor with the means to earn more."
at December 19, 2011

It is easy to say, "redistribute wealth to fix disparity." It is harder to say, "equip the poor with the means to earn more." --- Mr. Kim

I will agree with this, but I want to expand on the idea.

http://www.youtube.com/user/RPerry2012?v=0PAJNntoRgA  Not an endorsement. Just so you know where I’m coming from.

We recently had a conversation about anger. I expressed the opinion that anger is not a sin where you seem to indicate that it does seem like a fault. I suppose I don’t view it as a sin because I feel that no action occurs without some kind of emotional motivation. Moreover the same type of emotional motivations can led to either the civil rights movement or to the Holocaust according to Eric Hoffer; the difference being leadership. In fact, Hoffer wrote that anger is the prelude to courage. In essence, one has to stir peoples’ emotions to get them to do anything; good or bad.

One can see this play out as current politicians make ads to appeal to the strong emotions of particular groups of people. Rick Perry, for example, is appealing to homophobic Christians paranoid about a secular world taking over. My own study of commercials geared toward holiday shoppers demonstrates to me that the word ‘Christmas’ is used almost twice as often as the more PC ‘happy holidays’ or no real mention of a holiday at all. (For three nights, I counted TV ads.) Therefore I feel that Perry is appealing to strongly held emotions regarding Christian persecution (in addition to the homophobia) that has little basis in reality. Anger about not being able to celebrate Christmas openly may get some to vote for Perry. My anger about Perry’s stupid nonsense will move me to vote for someone else. That is how emotion works.

Views about welfare also appeal to strong emotional beliefs although it seems a bit more difficult to recognize. I realized this about two years ago when a friend and I agreed to ‘collect’ as many ‘racist’ statements from the comments sections of our local online paper (for there is no shortage). As we sat down and compared the types of statements we were collecting, I began to recognize how many of our statements had a lot to do with the welfare system. . . Or at least people’s perception of it.

I recently learned of Martin Gilens’ work. He argues that many people vote on anti-poverty policy as a result of racial attitudes. That is something I already knew deep down in my emotional core.
I in no way wish to suggest that the reason you are against higher taxes is because of a racist attitude. What I wish to suggest is that any conversation about poverty is going to have to address how long-standing deeply-ingrained attitudes about race effect how people perceive poverty and how they vote on anti-poverty legislation. While I think all your questions are good ones that people need to think about, I don’t feel that these are the question many people are asking as they vote on programs designed to reduce poverty. . . People are anti-tax-for-welfare (no never mind how much tax money goes for defense) more often because of that stereotypical welfare mom shown in the video. That’s where the strongest emotion that moves lots of people on this issue lies. Therefore watch carefully how the political ads pander to that racial stereotype as it mixes with the idea of welfare and tax dollars. . . Because they do just that.
I'm not so worried about economic power being in the hands of a few as long as we have a democracy. -- Mr. Kim

I think it is also important to consider that often economic power equates political power. The poor do not have political power and therefore do not get the government policies they would supported acted out.

Kim, Your teacher must have been a corrupt law and order geek if he taught you Robin Hood wasn't a hero. Certainly when i was a kid, we knew RH as a first rate hero. The Sheriff of Nottingham was a wretched thug who deserved his comeuppance. I remember hearing about "from each according to his ability, to each according to their need," I heard that at school when i was perhaps 10 and told my my parents that sounded like a great plan. My Dad was ready to tear my ears off of my head! It was a long time before I brought that subject up again.

The whole thing is more complicated than you allow it to be. H

"Would it matter if we had ten times the number of billionaires if everyone else had what they needed?"

I cannot imagine the capitalism I see in the world producing the things we really need, like dignified creative work for all, an unpolluted environment, time and safe spaces to be physically active, time to care for our bodies, our psyches, and our loved ones.