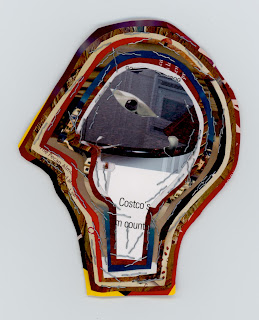 Kate is absolutely right. Criticizing is just another form of complaining. I asked Anne this morning about criticizing someone for being angry. She said, "yea, I did it once and now she's not my friend anymore." Then I thought about how William Glasser, who I've mentioned before, said that we know to not criticize our friends because then they won't be our friends anymore (we do criticize our family... which is why we are sometimes closer to friends than family).

So it seems we (those who have friends) have a circle of people we don't criticize and then have the rest of the world as a shooting gallery. On the other hand, it is said that we are our own worst critic.

I do know that it doesn't feel right when I hear the candidates badmouthing each other. Susan in Austin (or was it my wife?) said this morning that I feel that way because I'm too sensitive.

Anyway, I decided today to turn over a new leaf. Time for spring in Austin. No more criticizing anyone.

Interesting question - what happened to civility. Reminded me of an evening spent with a larg group of long-time friends in central Maine. I just met them all for the first time that evening. Dinner was wonderful. The craic (Irish for good times) splendid. And what an eclectic mess of all sorts of characters they were. Young, old, straight, gay, ex-hippies, accountants, town managers - gathered in a 1798 house, once part of the Underground Railroad.

I was seated next to the homeowner during the dessert round. I turned to him, marveling at how "liberal" folks in Maine seemed to be. He looked at me in silence for a couple of seconds (it seemed a very long time) then said: "No. It's not that we're liberal here. It's that we are incredibly tolerant."

Maybe they're on to something up there.

i can't help but wonder what the presidential candidates say to each other when they're waiting in the hallway to go on or end up in the restroom together. how can they ever trust each other again?

i believe those in Maine are right on the money. patience and tolerance are close cousins and i think help us become more peaceful within as well as without. this then raises the question of being patient and tolerant to the point of being destroyed....which is a whole 'nother else.

I tried to be friendly with others in line for an interview the one year I was looking for a job at the College Art Association. They weren't in the mood.

Perhaps sometimes patience and tolerance is not an appropriate response.

For some reason, this reminds me of the Sabbathday Lake (Maine) Shaker community. I thought Shakers were extinct. Not so. Founded in 1794 (or thereabouts), the Sabbathday Lake community has been in continuous operation ever since. There were (are?) four Shakers, ranging in age from 20-90 years.

I'm not a Shaker, Quaker, or religious of any stripe. But I think I can recognize when someone behaves, speaks, writes in such a way as to tend to move others down a constructive path. I find that attractive and seek it out.

I don't "own" the actions or reactions of others, and try not to interpret them. Viktor Frankl's book, MAN'S SEARCH FOR MEANING, meant much to me when I first read it 43 years ago. I had been drafted, found myself in uniform, believing what "we" were doing was wrong, and frightened by what I believed would be done to me because of my unwillingness to be silent.

I re-read his book last month - my sister had asked me to write a letter to her daughter, my niece, about "life". Geez. Life. What the hell do I know about that? I wrote the letter but also sent her a copy of the book. Thus far, over the years, I have given away 25-30 copies of that book.

Somehow I feel it relates to this topic, too.