Bodhidharma went from India to China to fix Buddhism there. He met an emperor who asked him three questions: what merit do I get for doing so much for Buddhism (the answer was "none," for doing things for gain is misdirected), what is the essence of Buddhism (the answer was: "vast emptiness and no essence at all!") and who are you (then)? (the answer was: I do not know). There are many variations of the story. Sometimes the last question was asked after he had left. I think the word "then" is essential to the understanding of the last question. The emperor wondered how this man could be before him if he had no essence.

One wonders why Bodhidharma didn't just see this as a "teachable moment" and explain to the emperor why he could appear yet have no essence. Yet explanation would have been a defilement to understanding. He would have given the emperor a false sense of understanding by saying something that logically probably didn't make sense. (The truth being that we have no essence, yet we appear as if we do.) Instead he went into a cave and meditated for nine years. Did he do so to answer the riddle of who he was? Perhaps.

Note that in his frustration to stay awake while he was meditating he cut off his eyelids. Later, monks discovered tea.
at January 04, 2010 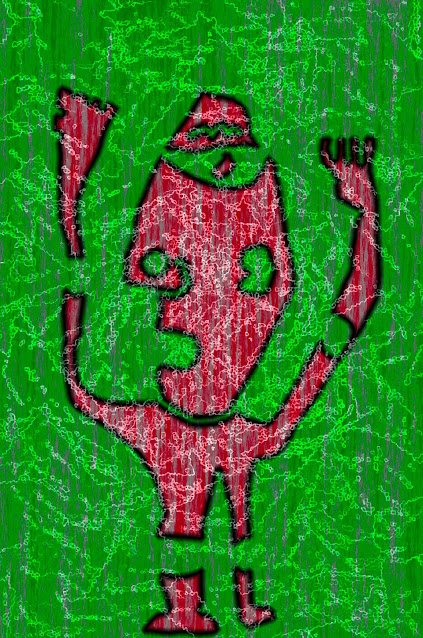