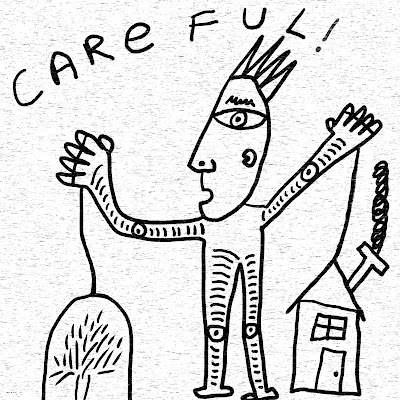 I know an old man who only invests in CDs. His whole life has been about being careful. He doesn't gamble, at all. When the stock market is run by the bulls he shakes his head and tells you it will fall. When it is run by the bears he says he told you so. But he's nice... and he doesn't rub it in.

I suspect that those who succeed in risky ventures are those, unlike the old man, willing to go out on a limb. I imagine that most of the wells' managers take the chances that were taken at the leaky one. That's the name of the game. Take big chances for big profits.

On his deathbed, the Buddha's last word was "appamada," which means a commitment to care, to be fully present. In this state, one would see the possible consequences of their actions. Would they get fired, though, because they had shut down their well until the back-up systems were functioning properly? Probably.
at June 03, 2010

In the book Five Past Midnight in Bhopal (by Lapierre and Moro), there is a scene where the fire in the tower is shut off. The fire existed in the tower as part of a safety mechanism. If deadly gas escaped a containment chamber, it would go up the tower and get burned off by the fire. The fire was shut off for cost cutting reasons. As part of his last act as an employee of Union Carbide, this one man (whose name is no longer stored in my neurons) climbs the tower and relights the fire. He knew this would get him fired, but he did this to send a message to anyone who would hear it. It wasn’t real long after that that the deadly gas cloud went through the city killing thousands of people and every other living thing that needed to breathe.

The full title of that book is Five Past Midnight in Bhopal: The Epic Story of the World’s Deadliest Industrial Disaster. . . Well. . . maybe not the deadliest now. We’ll see.

We are humans, deeply flawed specie, disaster is our natural companion. H.

Took a class today in Jungian Art Expression. And thinking about those who are sick. And not being able to help. 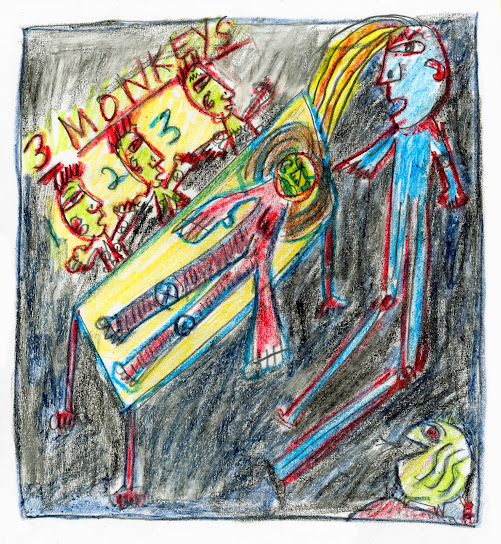