One Drop at a Time 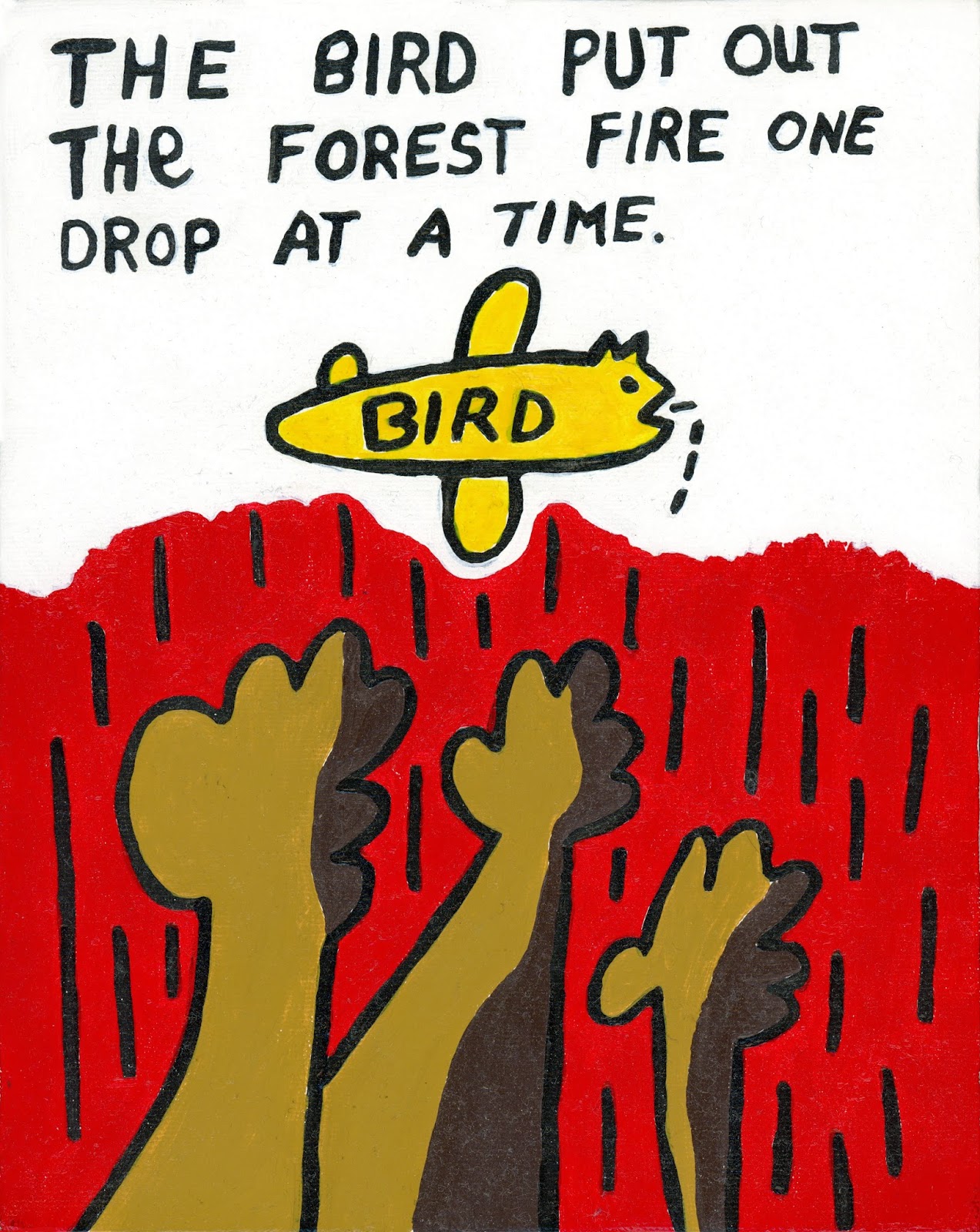 Someone was telling me the other day that some people are lazy, and that is why they are poor. She's run in over 50 marathons and her father is an engineer who makes telescope lenses for major observatories.

There was a forest fire and all the animals left. One bird, however, kept flying back to the forest, with one drop of water in its beak. The other animals watched their home burn. The one bird however, when asked what it was doing, explained that it was putting out the fire, drop by drop. The other animals laughed at the stupid bird. As the fire became bigger and the bird became exhausted it could fly no longer. Finally it fell into the fire.

There is a similar story about a girl on a beach covered with millions of sand dollars. The girl knew that the sand dollars could not survive the hot sun, so she started to throw them back into the ocean. “What are you doing, you silly little girl.” “Oh, I'm saving the sand dollars—one by one.”

There is a third (ancient) story of the Myth of Sisyphus that Albert Camus appropriates. Sisyphus pleaded to the Gods to let him come down from the heavens for a short visit with his wife. Breaking his promise, he refused to return, so the Gods sentenced him to roll a boulder up a hill each day, only for the boulder to roll back down at the end of the day.

None of these stories are about laziness. All three characters have futile jobs. And none of them are lazy. Sisyphus, for Camus, emulates our own lives. We take one step forward, and then one step backward, over and over again. And yet we persist, dropping water on the fire or throwing sand dollars back into the ocean.

Why do some watch their homes burn, and others try to put out the fire? We could view our lives as futile. The best that can happen could be what my father wished for: that he wouldn't die of anything serious.

Why is it that some will persist with impossible odds and others why give up so easily? I asked a writing teacher in college if he had read the great writers when they were 18, like me. “Yes” he said. “And?” I asked. “Well, they weren't any good, but they wrote lots.”

I'm not sure why some can run marathons and others get tired just thinking about it. It wasn't, necessarily, that it came easy. Even Moses, picked by G_d to be his spokesman, had trouble speaking. Yet his words shaped most of our lives in one way or another.
at October 15, 2014