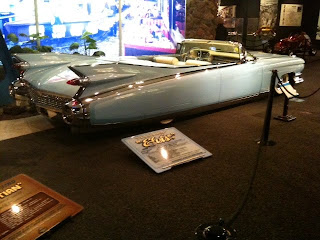 I asked someone on the other side of the political fence to articulate the difference between the two parties. He said that "them" are greedy capitalist pigs. As we talked further, it seemed to him that some want to redistribute wealth and others want to put it under their mattresses.

Tonight my wife and I went to Mothers. The grocery stores were closed so we didn't have much choice. I started thinking about the owner(s) of Mothers (who I do not know) as a greedy individual who wants to make an extra buck on New Year's day. But wow!, what pleasure this man brings to so many in Austin. And we drove there in a car. Another creation by a capitalist pig. And another "luxury." Hence my admiration for those who can make a buck. They feed their kids and enable mine to go to the store. Clue me in why some of their names are synonymous with sin.

I'm now on the neighborhood steering committee. We recommend to the building commission opinions on petitions to be given a variance. Someone wants to build a room above their garage. They have already maxed out on the square footage of living space on their property. I'm struck by the arguments that have flown across our elist all day. Some are in favor, and some are opposed. Each only mentions arguments that supports their side. Do they want to find the truth, or do they want to just persuade someone to jump onto their bandwagon? I might have mentioned before that some Indian tribe puts a pumpkin on the table when they disagree. Then they all describe all the sides they see in the pumpkin.

Elvis and his giant cars? A capitalist pig? The king of rock? Like many many capitalist pigs, he gave very generously to a variety of organizations. The list is at Graceland.
at December 31, 2010

You will clearly be the voice of balance on the steering committee. But will anyone listen? And if they listen, what will they hear?

Clue me in why some of their names are synonymous with sin. --- Mr. Kim

Once upon a time, an individual who worked for the IMF told me about his trip to Africa (I forget which part of Africa at this point). He talked about how the men slaughtered a cow and immediately cut off raw hunks of flesh to eat. They offered him some of this meat. He said he told them, “I don’t eat with communist!” At this point, I laughed. He seemed agitated by this and asked me if I would have eaten the meat. I told him I probably would have turned it down as well, but not because they were communist, but because I don’t want a mouth full of bacteria with mine. He didn’t find me funny.

Anyway point is. . . Clue me in as to why herders in Africa are synonymous with communist sin.

Elvis and his giant cars? A capitalist pig? The king of rock? --- Mr. Kim

You forgot owner of the gaudiest house in all of Tennessee and perhaps the Midwest . . . I liked his plane though.

I just want everyone to love one another. Everyone means so well, don't they?