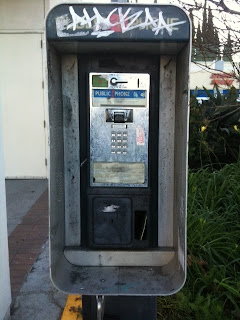 The priest was complaining about the MAC that he needed to use, saying that it was not intuitive. He felt like different computers are made for different types of people. I guess he is right.

I heard something today about a Buddhist choosing flowers over weeds, and that was buddha-nature. So then for dinner I ordered a piece of salmon over rice and my wife had veges over rice, and we split the salmon and the veges. So I chose salmon over weeds, I guess. Or maybe I chose weeds. I don't know.

We went to California last week partly to dispose of my father's ashes. I thought it would be easy. Just find some secluded pier and dump them. Well, besides the illegal nature of the act, nothing is secluded in the San Deigo area. So we split the ashes with one of my sisters (the other one wanted no part of them) and brought them home.

TSA asked to hand check my bag with the ashes. I told him when he asked for the bag that my dad was in there. He said he figured as much. My wife told me to thank him because he handled the ashes so respectfully.

But why didn't I just ask my dad what he wanted done with his ashes. All he said was that he didn't want anything religious because he didn't want to exclude anyone.

We have a dog now (babysitting my daughter and future son-in-law's pup). This is a dog to die for if you want a low maintenance pup. She just sleeps and mopes around a little. Hardly barks unless she's in the yard and some squirrel or cat comes around. Obama was looking at this breed (labradoodle) but ended up with a Portuguese Water dog.

Two thoughts from St. Louis, one is, no dog is worth dying over. Two, you must get busy and teach that dog how to bark, after all you are the master teacher in that realm. KH.