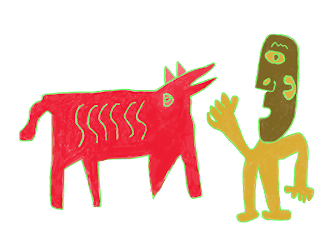 I read the other day in Steve Hagen's Buddhism, Plain and Simple, "But how can you be truly happy when you have a death sentence on your head?" This is the theme of this issue of JustThis, Austin Zen Center's Zen journal. What I find amazing is that a part of me believes it is the most important question and yet another part doesn't care about my death sentence. Do we hate a romantic interlude because it is going to end? Of course not. William Blake wrote, "...But he who kisses the joy as it flies/ Lives in eternity's sunrise."

I have known people so fearful of death that they are afraid to live. My grandpa said he didn't want any more dogs because it broke his heart when they died. (He lost his wife and true love after only a couple of years of marriage.) Perhaps there is a limit to how much one is willing to mourn.

So I asked my wife this question and she said that you just have to live in the moment. I wondered if this is a delusion, ignoring the elephant in the room. Is there another way? Can we revere the elephant and revere the moment at the same time? I don't want to forget that impermanence is keenly married to death.

On another front, I was glad today that I voted for Obama. I thought he did a good job acting in the best interest of the country even if it meant not being the pawn of the democrats. In the end, the countries' votes are probably more valuable to him than the democrats favor, but still, it was a good move. I'm always in favor of tax cuts too, especially since it is the only way that government will be smaller.
at December 09, 2010

You are a jerk

Especially since I don't want to "conserve" anything.