Let the fear of Heaven be upon you. (More Talmud) 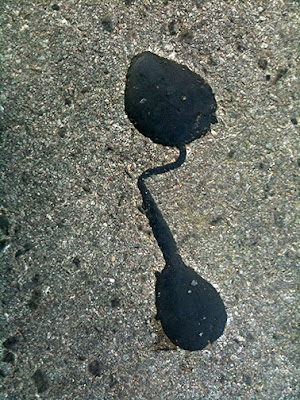 Rosedale Tar Drip
I don't know why so many of these wise Jewish sayings have three statements in them, and the first two are much easier to take than the third. They are almost like a syllogism:

You agree with the first two statements and then feel like you've been sold a bill of goods. You know "students are lazy." That's why they are students. And professors are lazy too. Even Picasso had those moments drinking wine and chasing after women. What a waste that was!

The Jewish pearls of wisdom are like Buddhist koans. It is easy to buy the idea of not doing things for recompense (or gain), and it is a fine idea to work for the lord (esp. when the lord is defined as "all things"), but how can one do any of this with a fear of Heaven? Is this a fear that if we do things for gain, and we are not ministers of the lord, we'll be struck dead?