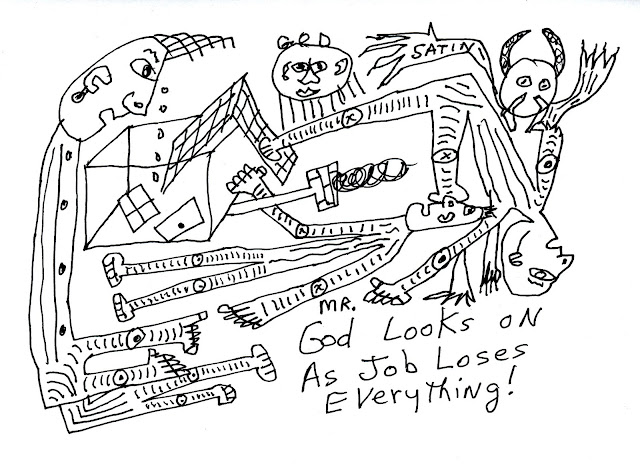 Carrie Mae Weens (http://carriemaeweems.net/) gave a talk at the Sheldon in St. Louis about 20 or 25 years ago. I went up to her and said, “you certainly seem angry.” “No,” she said calmly, and then, ratcheting up her mood, “I’m furious.”

Buddha was privileged, so much so that early on he was shielded from sickness, old age, and death. I was brought up like this, denied going to funerals, denied visiting my sick grandmother, and generally told that sickness is psychosomatic and can be avoided through introspection.

I read the story of Job in college and thought that this was very unusual—someone losing everything they had. This would never happen to me, I thought, because my mother said we can avoid all these things by “knowing ourselves” (as Socrates and Dogen both suggested). My sisters and I would joke that our family doesn’t “do death.” Now I’ve lost my parents and siblings. I’ve lost one friend after another. These losses came from a variety of causes, with some losses caused by people not doing the right things to somewhere the individuals seemed to be very unlucky to somewhere their bodies simply wore out.

My rabbi pointed out today that Job was really a story about satan in addition to being a story about Job. Job had his trust in God that was steady. And in the end, all plus more was returned to him. Satan, who some Jews see as an assistant to God that helps us test our trust in God, learns from this “experiment” that some men do have a solid trust even if terrible things happen to them.