Fight or Flight or Is That So?

Years ago I gave B a note to tape above his desk. I thought it was a Buddhist saying but later found out it is not. It said, “Be Calm and Keep Full Control over All.

I’m struck right now about how yesterday we had a man driving around Odessa and Midland shooting people and today we have a hurricane hungry to wreak havoc on the East coast.

The article points out two practices that enhance our fight or flight instinct: drinking coffee and lack of sleep. Another helpful practice is to disconnect from the grid. I like it that I don’t bring my phone into the temple. Other techniques for reducing stress include breathing, reframing perspectives, and reducing negative self-talk. Last but not least the article suggests that we should not try to do this work by ourselves.

We live in a sufficiently inter-connected world that significant objects of stress will occur every day. Our president, single-handedly, has the uncanny ability to generate daily stress.

So what do we do?

Do we just say, “This too will pass.” The shooter will run out of bullets or run out of victims or take his own life or will be shot. The hurricane will move along a path of destruction and then dissipate.

Is that reframing perspectives?

One of my favorite Zen stories is that of Hakuin who is accused of fathering the child of the beautiful young woman next door. When told that he’s been accused and now will have to raise the child, he responds, “Is That So.” A year later, the young mother confesses the truth. They go and retrieve the child that Hakuin has lovingly cared for. Again he responds, “Is that so?” 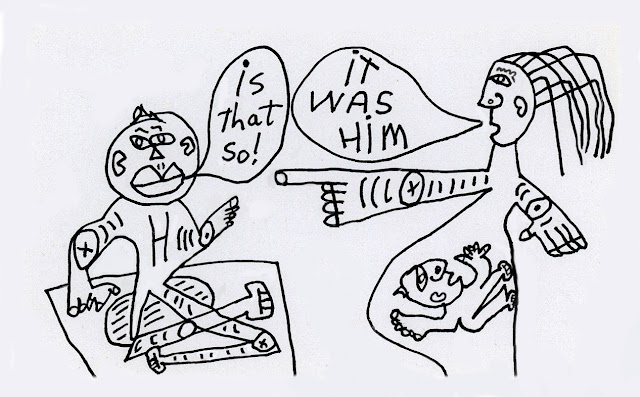 Supposedly Hakuin loses his temple in the process. He is shamed in the small town. But he seems to experience no stress. What happened to him is far more devastating than what has happened to me in the last two days, with a shooting 300 miles away yesterday and a hurricane 1000 miles away today. How did he do it?
at September 01, 2019