The Case of the Leaking Pen

Karma. I like to define it as the effect of our volitional actions.

Volitional suggests “on purpose.” But much of what we do in inadvertent. We didn’t pay attention. I consider inadvertent actions to be volitional as they were mainly preventable if we had paid attention.

Yesterday I left Gary’s apartment with his pen in my pocket. He didn’t give it to me. I guess I just put it in my pocket. It isn’t the first time. Pens often end up in my pocket, as if, in a previous life, I was a bonafide pen robber.

Today the pen started leaking, staining my fingers like a scarlet letter. All would know of my indiscretion.

Every morning we recite the repentance verse that says,


“All my ancient twisted karma.
from beginningless greed hate and delusion,
born through body speech and mind
I now fully avow.”

It will have a little more meaning tomorrow as I look at my stained hands. 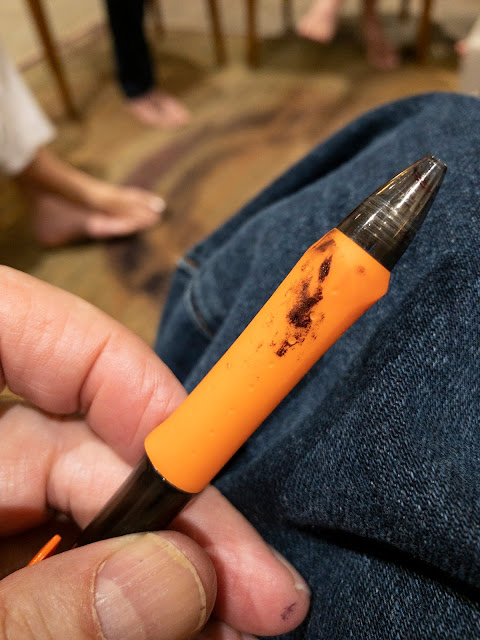 Do I get Gary a new pen? Did I cause the leaking? Was the leaking what we call a dharma gate, teaching me to pay attention, and, of course, to keep my hands in my pockets?


“‘Once when the Buddha was at Jetavana Park, an intoxicated Brahman wandered into the compound where Buddha was staying and asked to become a monk. Buddha requested that some of his monks shave the Brahman’s head and clothe him in a kesa (or the Buddhist monk’s robe). Later, after the effects of the liquor had worn off, the Brahman was astonished and frightened upon seeing that his bodily form had changed into that of a Buddhist monk, whereupon he ran away. The monks respectfully asked the Buddha why he had allowed the drunken Brahman to become a monk only to have him run back home. Buddha answered, ‘For eons beyond measure, this Brahman did not have the heart to leave home life behind, but now, while under the influence, he gave rise to a bit of courage. Due to this, he will, later on, leave home life behind.’” (Eihei Dogen, Shukke)

On somewhat another subject, is the question of whether we should abandon Facebook because they helped the Russians put Trump in the White House? Do you cancel an exhibit of Chuck Close’s paintings because he didn’t treat his models nicely? Is this a matter of winning the battle and losing the war. I’m a little scared of our expectation that Facebook approves right speech and censures wrong speech. We might applause when they suppress ideas that we want suppressed, but what about when they start promoting ideas that we don’t think are right. Will they always be on our side? 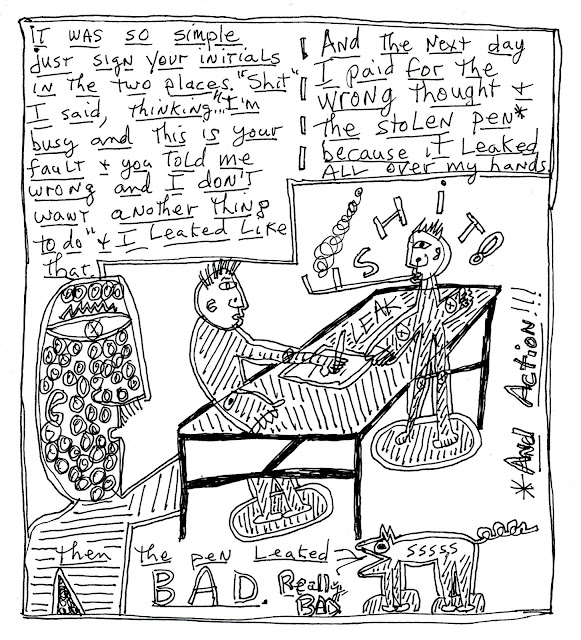