When I saw Michelangelo’s David in Florence I was unable to look at it. I could just see the hoards of women admiring the 17’ perfect man. Even though he was 515 years old (today) he looked like he was made yesterday. I didn’t realize until reading something today that David was actually 30 when he was finally finished. First one sculptor, Agostino, worked on him before he gave up. Then a second sculptor, Rossellino, worked on him, again giving up. Finally, Michelangelo at age 26 took over the project and, unintimidated by the giant piece of marble, completed the project, despite the mistakes from the earlier sculptors efforts, in two years. Originally David was supposed to be the buttress for the Florence Cathedral, but because 30 years had passed, the marble had become too weak to do anything structural, so that idea was abandoned.

So here’s the perfect man, unable to hold up anything. What’s the meaning of that? If the marble was that soft, how would it have held up anything, even if put in place 30 years earlier?

What can I hold up? We are seeing pictures of the hurricane’s destructive path indicating that not much can withstand wind and water. We say someone is just a lot of hot air, thinking they can’t do much damage. But air can be lethal, as can be water. 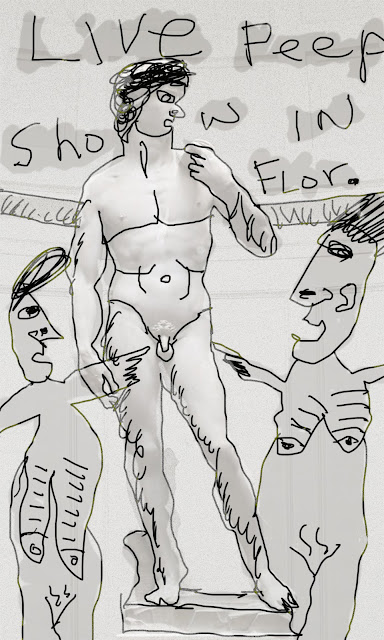