I saw my neighbor at 6:15 this am and he asked me as he was driving to his grandson’s school, what are you going to attack today? Or something like that. Then he told me I needed an editor because I sometimes misspell words. I do have Grammarly but sometimes it misses. He says I spelled irk erk, but I can’t find it to correct.

My first thought was to write about certainty, which irks me. Anytime I hear people, including me, spout an opinion, I’m irked. We say doing such and such will result in such and such. Especially in an interdependent universe we never know the result of an action. Pinch your kid and he might end up to be the best kid in the world. Or he might be the worst.

But we do need to act. And we need confidence behind our actions. So how to be both have a “not knowing” mind and also act with confidence? I welcome your opinions on this.

The second item is only tangentially related. I’ve had many jobs this week, between my blog, the temple, grocery shopping for a special occasion, etc. Sometimes I asked the help of others and they didn’t come through. They were rightfully apologetic, but that didn’t help. When I thought I’d have a couple of hours I’d have to jump into my car and do whatever.

I think part of the reason I’m not honest is that I want to be liked. But when I perceive people running over me I’m not liking myself, feeling like dirt, to put it lightly. I told someone today that he didn’t meet my expectation. It was probably as much my fault as his. We both had a different idea of what “earlier” meant. But after telling him what I felt something opened up between us.

My neighbor lent me a book on absolute honesty. My wife and I do that pretty well… most of the time. But others, not so well. I think I’ll practice a little more of that, and not be the guy who always says, “no problem.” 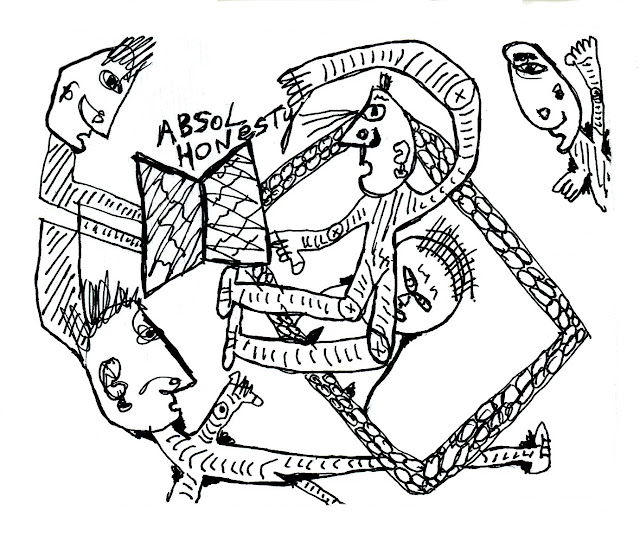