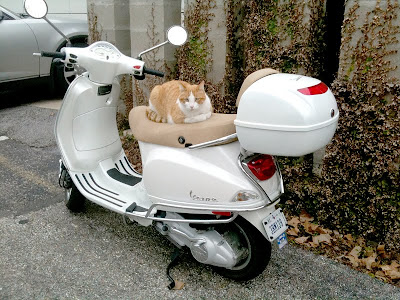 It is amazing to me that, from the beginning of photography, practitioners realized that they had to be "artful" when they made pictures. Just the act of exposing the film didn't amount to much. And yet, when I look out a window, I see interesting vistas in every direction. How is that? Why aren't all pictures good? I wouldn't have thought in 1837 that photography would become the artform that it has. And I'm equally surprised how few great photos there really are... compared to how many are taken. And how most snapshots are just that... at least until they are taken out of context.

Photography's function as documentation: it certainly plays a role at taking us away from the moment. We want to preserve the past so it will not leave. We weren't there when it was happening... we were in another past. And we aren't here now... we are in still another past (or future). I like the newspaper. The pictures come and go. They have a short life, and the columns make way for the next moment. Seems a lot healthier than preserving everything in stone.

Photography's function as an expressive art medium: I have no idea how to tell someone how to make an expressive photo. Any formula would fail. The most poignant scene (for me, a kid laying in the street with a crushed red wagon) doesn't make a good photo. Nor does the most beautiful mountain. I prefer mundane subjects as some others do. The two compliments I hate to hear: what a beautiful mountain and what a beautiful print. Neither seems to address what the artist accomplished.
at March 15, 2010