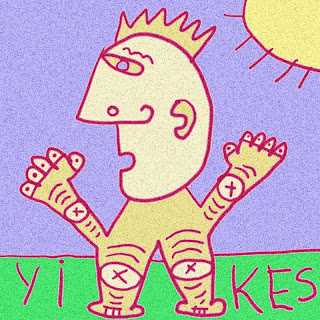 In the last month or two I've lost the ability to multi-task. Can't do the radio in the car, or the TV when I'm doing stuff on the computer. I read that older people can't multitask as well. Maybe I'm older?

Sometimes when lots is going on I wonder how Obama survives a day. The number of pies that he has his fingers in has to be close to the number of stars in the sky. How does he do it?

So finally people came for the dirt. Just took the ad off Craig's list... and turned down another taker. Tomorrow the gravel arrives. It will be quite an epoch day to go from mud to red paths.

Tonight I go to a play, Picasso at Lapin Agile. I saw it three years ago and wrote a little bit about it.

At my favorite Mexican restaurant this morning I told the owner that they make my favorite food in the world. I said that when I'm on death row I'm going to order it as my last meal. Then we started talking about food in Mexico and I said the ingredients are better there. I was at a farm in Mexico and the grandmother was grinding the corn on a stone on the floor of the barn... and the chickens had just laid some eggs. She said "when was that" and when I told her "1981," she laughed and said "not any more."

It was a good production... but I never like to see the characters of my heros defined by their shortcomings (Picasso/womanizer and Einstein/klutz). These guys are my gods.

Then arrived home with our yard flooding. Yikes! That's what you get for trying to get a sprinkler system fixed. Yikes! Yikes!
at March 25, 2010