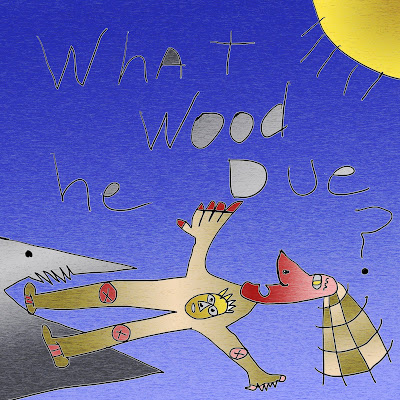 My sister Gail sent me a WWBD hat as a congradulations for my jukai ceremony.

Which led me to think about WWBD rather than do taxes (I did a little more today) or write about a precept.

According to Wikopedia, WWJD (what would Jesus do) came first from the 1890s, and then reappeared in the 1990s. Now, many are asking, what would Milton Friedman do (or say) about the seemingly "proof" that the free market will not work and that more regulation would have saved the country from the recent collapse.

I'm fascinated how we take heros ((Buddha or Jesus (or Friedman)) and try to anticipate how they'd react to current events. These were all very independent men who went against much that was "assumed and dismissed" in their day. They sacrificed greatly to leave their religion (for Friedman, the economic status quo) and strike out into new territory (for Friedman, it actually was old 19th century territory). 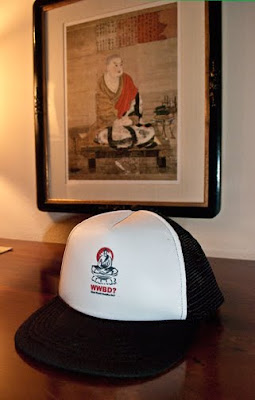 In any case, these were fresh thinkers who took nothing for granted. Buddha told people not to believe him because he said it, but rather they should believe his teaching because they found it to be true.

When I go to the office at the zen center and hear talk about strategic planning, development, multiple levels of membership, etc. I wonder whether the Buddha would have had any part of this. Or did he do all that in his own way?

In college I read  The Meditations of Marcus Aurelius who wrote that we should live each moment as if it represented our whole life (my words after 43 years) and we could be judged by that moment. Perhaps the Buddha lived that life? I think I know one thing that the Buddha would do... like Aurelius, he wouldn't diminish any moment as being trivial. He would treat everything with utmost respect. And he wouldn't honk his horn when the car in front of him was driving a little slow.
at April 09, 2010

He might think honking was the gentle reminder to be considerate of other people's lives. H.

you are so original! i enjoy.