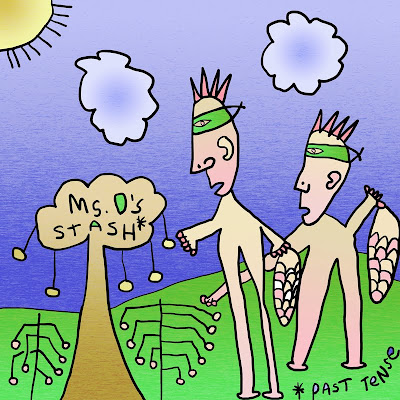 D. wrote to the neighborhood elist that a couple of human beings took all her vegetables in her garden. A neighbor saw them doing that... but thought D. had hired them.

D. was so angry that she kicked a hole in her picket fence.

I asked my almost 4 year old grandson what he would do. He said that he'd get angry if someone stole his vegetables.

I wonder what the appropriate Buddhist response might be. And I also wonder how to stop the anger chain. The fence became an unintended victim. And what about all those poor souls that the woman confronts during the day or week or month or year. Are they going to have to pay for her vegetables?

BP has certainly caused more harm than the two human beings who were hungry for vegetables. And some are responding with rage as well. So now BP could be responsible for leaking anger as well as leaking oil. And the anger may go on and on... and be even harder to stop. What is all this anger accomplishing, or is it just adding "insult upon injury?"

Certainly some problems arise. For D., how to secure her vegetables. For BP, how to stop the leak. For Mr. Obama, how to insure that this won't happen again. For D.'s fence, how to live with a hole. Can we just forget the anger and solve these problems?
at May 30, 2010

They ain’t really problems until someone gets angry. Get angry.

Anger always and only arises when we don't get what we want (this takes a myriad of forms: shouldn'ta's, ought-not-a's, supposed-to-'av's, etc). As long as we cling to our fabrications/concepts/stories about what should be happening, we are not present with what is happening. Instead, we are more making our commitment to suffering stronger. Getting more of what we want and less of what we don't want is what keeps us in the forced labor camp we call our lives. Expressing anger only increase anger, as we know from even a superficial understanding of karma. Like everything else, we need to learn to let go of anger and the stories from which is arises.

Emotions aren't stored in Buddhism's understanding of how the mind and karma work. Nothing is pent up. That's a Western wrong view. Further, nothing can make you angry; only you can make you angry. So it is not about the oil spill, it is about letting go of your inappropriate response to it (inappropriate because it makes you suffer).

The three pure precepts suggest that we first consider if what we are about to do will be harmful; if not, then we don't do it until we decide if it will be beneficial. Otherwise we do/say nothing. Practicing with right speech certainly makes one quiet.

As a beginning meditator (How long can I claim being a beginner? It'll be 6 months on Juneteenth- June 19th) I've been contemplating anger a lot. Recently, after long years of trying to control it by not expressing it (which doesn't work in many ways) I was flying off the handle without hesitation. Even more recently, sometimes I've noticed, "Oh, I would have gotten mad at this before," and it hardly seems worth the effort to raise my blood pressure and boil a little. I don't find anger to be a happy motivator. What is the right response to BP as an ordinary person? A good question... I think anger is a natural response initially. But then what? Is there something I can do to help? Some people are cleaning birds. Should I drive less, maybe? These are just some thoughts on the surface. But the deeper you think about it, the more complicated it gets. Recently before morning meditation, the teacher quoted Suzuki Roshi. It was about going deeper and deeper into what I can't exactly remember, but essentially deeper into our practice. I think about that in relationship to going deeper and deeper into an issue, like the BP oil spill. Anger is easy. What follows if you go deeper?

For the love of Buddha, don’t let go of your anger. Don’t let your practice of meditation become your Soma. It’s ok to be pissed off.

Anger is not easy. It is important.