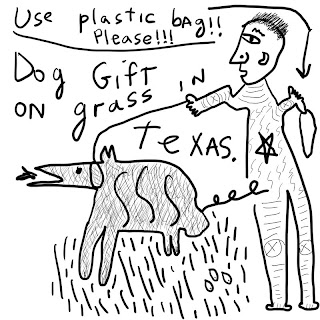 Today I started to figure out my routine. I've never quite understood it, though I think I've been suspicious about my "MO" (modus operandi) for a long time.

When I was around 14, I was walking to school with my neighbor, and I told him that I thought I wasted a lot of time. In his infinite wisdom (he's gone on to become a star in his field) he said, "no, in some way you are using what you do." (Don't expect an accurate quote after 50 years... I'm far from being Ananda.)

I've wanted to be like those who focus on a job like a pitbull, and don't let go until it is done. My wife is like that. She's making a kimono for an event tomorrow and has been working on it all week, and she couldn't care less about anything else. Anything, that is, but her plants getting water... but they are her babies... so I watered them.

So what is this "MO" that apparently is going to follow me to my deathbed?

I get up in the morning, either by virtue of a clock radio that is frying my brain according to an energy consultant that inspected our house recently, or because I've had enough sleep for one night. Then I get ready to go out into the world and either take a walk and stop at a little mexican hideout to have a couple of tacos, or eat breakfast at home. After that is over, I would go to work if I hadn't of retired... but now face a quandary of what to do. I find something that is useful (so far)... probably not earth shaking... but needed within our lives at least.

In the back of my mind I think... I should be painting on a canvas (or some other kind of exalted activity). But no, I might decide to cancel a few credit cards, or replace a door threshold, or do something on one of websites I work on, or or or...

What came to me today was that all these activities are kind of like what the homeless people do who stand by the highway with a "feed me" sign. Like me, they are waiting for something good to come their way. I try to have an adventure each day (it hasn't failed yet). Then I usually sit at the zen temple at 5:40... and let the day pass through me once more... eat dinner, and then try to make something of it all. I remind myself frequently of Wordsworth's words, "Poetry is the spontaneous overflow of powerful feelings: it takes its origin from emotion recollected in tranquility."

Today I drove to the other side of town to buy some silicone. My GPS kept insisting that I take the wrong highway, but I disobeyed and all went well. I listened to a moving dharma talk on my iphone as I drove, and then went to two different stores where incredibly nice merchants gave me lots of kind vibes and good information.

In the process of all this mundane activity, I kept waiting for something to hit me... something that I could make a drawing about and a poem about, or maybe write about. Throughout the day I received emails, with a number from our neighborhood elist complaining about dogs leaving gifts in other people's yards. Which all started me imagining all the non-humanoid emails to the non-humanoid elists complaining about us (humanoids) polluting their oceans and their lands and their skies. And we complain about dog gifts?
at May 07, 2010

I tend to have weekend days similar to what you've described in this post. (The weekdays still mean going to work for me.) I meander mentally and physically on the weekends, except for rushing to get to the zen center on Saturday mornings. I'm not a good planner-ahead sort of person, but I think I should be...Your last comment was an eye opener! We're worried about dog poop from pets (not our own) on our yards and we're polluting our shared earth?! Whoa!

Humanoids will be Humanoids! H.