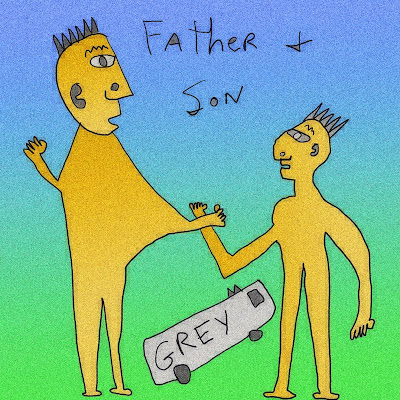 There are many ways to skin a cat (why one would want to do so is beyond me). There are many ways to change behavior. One is through law and another is through persuasion (either by thoughts or action). Libertarians wish to follow the latter, when possible, knowing that when we use the law to change behavior we run into two risks: one that we may be wrong in our determination about what is "right action" and second, there may be unintended negative consequences from the law. One of these consequences is the limit that each law has on our freedoms.

Most people embrace laws that jive with their beliefs. If I were king, I'd make a law that no one can wear any clothes that cost more than $10. And no human should eat meat. And no one should smoke cigarettes in the presence of a kid. And on and on. Maybe you'll agree with my laws when they match your beliefs. But is that the society that is the "home of the free?"

Just because someone doesn't believe laws are a preferred means toward regulating humans doesn't tell you much about their beliefs. One problem with discrimination laws is that they give us a false sense of accomplishment. Yes, African-Americans can sit anywhere on the bus, but, as Kate pointed out, the bus is still not integrated. That will take a change of heart.

(Note: I vowed to write no more opinion pieces. That was until this issue made the news, and I saw a man struggling to explain himself, and in the process, compromise his integrity by not really explaining what he believes.)
at May 20, 2010

there may be unintended negative consequences from the law. --- Mr. Mosley

I once heard someone (maybe Derrick Jensen. . . don’t remember) say that if you are willing to make a law, you have to be willing to use violence to enforce that law. Otherwise, it’s not really a law.

I am a bit reluctant to comment on Raul since I have only learned of this story via your blog and am largely ignorant. . . though more aware now that I have read a whopping two articles.

Do I think it is ok to refuse African Americans service?

Yes, if the African American is a jerk, a thief, or has some other undesirable personality trait that I am not being paid enough to deal with.

I think it is wrong to refuse to serve African Americans because they are African Americans. And I don’t know that I would stand there with a club enforcing a law meant to keep some jerk from being a jerk. But I would think real hard about whether or not I would fork over money to that jerk once I was aware of his/her jerkishness. And I think I would let everybody know that I found this person jerkish for reasons a, b, and c.

That being said. . . It is freaking hard to make sure your money only goes to non-jerk companies. Seems sometimes that every product comes from some company that somewhere down the line does something that makes one recoil with horror.

So we have explored how laws meant to end discrimination might give one a false sense of accomplishment. . .

How do you feel about Arizona?

I read yesterday about the involuntary servitude incurred by Apple's manufacturing in China. 14 hour workdays at 4 or 5 dollars a day. So do we buy Apples? Or are we giving these people in China food and shelter? Do we boycott Apple and starve the Chinese people? I was thinking of getting an ipad today. Now I'm wondering if I would be supporting the inhumane working conditions.

I think it is terrible to refuse anyone service based on the color of their skin. But I'm not sure that keeping others from doing this is the function of "law." It is a slippery slope. Perhaps the time was ripe enough at Ol' Mississippi that the faculty and students would have protested until James Meredith was admitted. And perhaps he would have gone back the second semester with that support. We certainly can vote with our pocket books by not supporting businesses that don't share our value system.

I think the word ‘involuntary’ strikes me most. What is the difference between ‘involuntary servitude’ and ‘slavery’ . . . I guess the $30 a week.

Me personally. . . Screw that ipad. . . I decided not to give them money when I heard their commercial (not that I actually had money to give them). “Thank you ipad for making my family complete.” That one line was enough to put me at boycott stage. Associating ‘family’ with some high end consumerism. . . messed up.

I think it is terrible to refuse anyone service based on the color of their skin. But I'm not sure that keeping others from doing this is the function of "law."

Perhaps you are right. Seriously though. . . I really think that ‘law’ is not meant to make for more equal rights in most cases. In most cases ‘law’ is there to maintain a system of inequality. That’s why I am bringing up Arizona. . . again.

Kate, your comment reminds me of Animal Farm (George Orwell) where animals make up laws to suit their ambitions.

I think my hesitation with the ipad (except as an art making tool) is how seeped it is in edutainment. I haven't found time to be edutained. I do like the idea that all books in the world can be assessable to all. Even now, there are 10000 classics available for free.

When you said"assessable", I think you meant "accessible." You make some valid points in your dialogue. H.