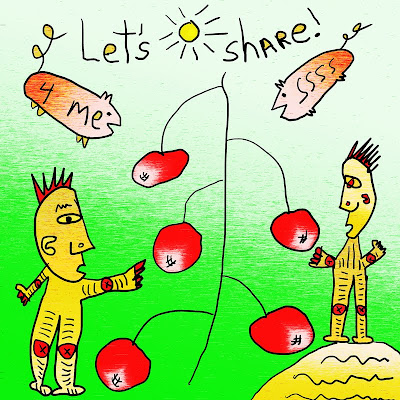 From our neighborhood elist... after countless suggestions on how to wage war (on squirrels). It just seems to me an outlet for people's anger. Is it possible to not think of something as an enemy, yet to not feel compassion? (Another double negative for my wife... keeps our brains exercised.)

Let's be realistic. In some parts of the country tree shortage may be a problem for squirrels, but not in Austin. They also have more pecans then they can eat. I don't think of them as enemies, but I do not feel sorry for them and will keep them off the tomatoes if I can. ( - : Jacoba

On May 27, 2010, at 9:30 AM, Kim Mosley wrote:
I love tomatoes, but my heart is on the side of the squirrels... or at least I'm trying to grasp this issue from both sides. Back in the days of Davy Crockett I understand that there were enough trees in the US that a squirrel could hop from the Atlantic to the Pacific, from treetop to treetop, without touching ground.

Now we've removed most of their hunting territory, and their transportation system. And most of us aren't starving. So let us all be a little more considerate of our "cute" fair feathered (?) friends. At the very least, we could end the war and stop thinking of them as the enemy. We are both inhabitants of the same planet... and they were here first.

P.S. Looks like this year they'll have some choice pecans to share with us. And, just in case you are hungry for some homegrown tomatoes: http://www.ehow.com/how_4452007_stop-squirrels-eating-tomatoes.html
at May 27, 2010