I’m at the surgery center with Linda who is having her cataract surgery. It is always difficult for me to write in the morning because nothing yet has happened. Though we woke up at my usual time (5:20am), it seemed too early since it wasn’t waking up to go sit. If I was a different person getting up for oneself or for someone else might be the same. As usual, we stayed up too late last night. Next time I retire I’m going to sleep more. Sleep is good, but kind of a waste of life. Sitting (meditation) is probably a waste of life too. Eating is a waste of life. Hard to figure out what wouldn’t be a waste of life. Working at a job probably is a waste of life too because you are trading work for money, which suggests that if you could be paid for not working that would be preferable. These are the words of a very lazy person, influenced by his 5th-grade math teacher, Mr. Moulton, who said the best mathematician would be the laziest one because he’d find the simplest and most elegant proof. 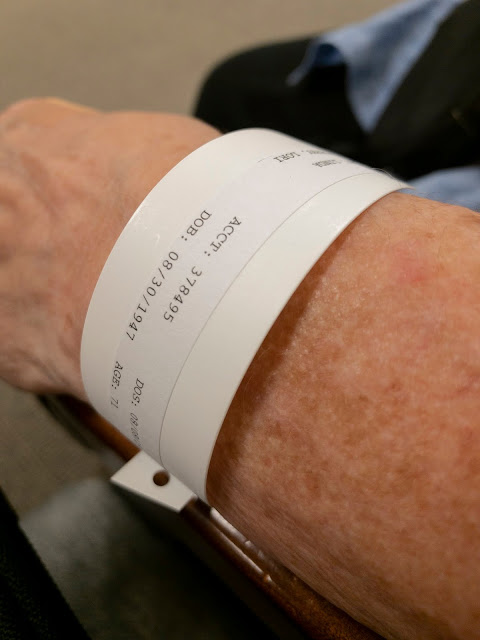 For many people being really lazy would be very difficult because of the possibility of impending boredom. We make it complicated because if our life wasn’t wrought with problems we’d have the challenge of finding something to do. Buddha had this problem when he was waited on hand and foot. He was not exposed to sickness, old age, or death until he snuck off to see the world.

We go to the store to buy milk. A robot would take the milk from the shelf, put it in the basket, roll over to the check out counter, pay for the milk, rollover to its self-driving car, and go home. A humanoid would try all the free samples, and ponder whether to buy this or that and answer a phone call and notice a beautiful woman with a skirt that is too short and be anything but bored.

Imagine if we could go to the store and buy some milk like a robot and check out and return home. Some might think that is boring. Would we read the carton and memorize all the words stating the manufacturer, the amount of fat, and maybe even the name of the cow that produced the milk? Oh, wait, am I getting distracted by noticing too much. Again, the robot might note the expiration date on the said milk, but wouldn’t pay attention to the name of the cow because one cow is no different from another cow, at least to someone who didn’t know these particular cows.

If it was only this easy to go get a carton of milk. The instructions for programming the robot would be relatively simple compared to what we actually do when we go to the store. And much of what we do is not the task at hand. It is mainly because we get bored easily. At least that’s my take.

The nurse is having trouble putting the IV into Linda. She’s saying that Linda has a good vein, but she’s having trouble threading it. At least, that’s what it sounded like she said. Oh, now she’s trying the other arm. She put a tourniquet on that arm and now is trying to find a good vein. The bad veins are all raising their hands, saying “pick me, pick me” but the nurse is wise to these veins and doesn’t pay attention to them. Now she has some needle in Linda and is injecting something which I assume is beneficial.

Lots of noise now, as patients up and down the corridor are getting prepped. Sometimes I wish I could just turn the volume down, which I say I’d like to do, but would I get bored? And why don’t I get bored when I’m sitting. What could be more boring and yet it isn’t. It is more boring to be in a noisy bar. Should all situations be equally interesting or boring?

Now the nurse turned off the light because Linda has had drops to numb her eye and I guess that dilates her pupil. She’s now cleaning her eye with a micro-macrame or something sounding like that. Something to clean her eye anyway.

Lots of activity to prep someone for a simple surgery. I wonder if the nurse is thinking about other things.

Now I have to pay attention to the instructions for the caregiver.

Back home. My daughter and her youngest came over. We’ve been doing a science experiment the last couple of days where we soaked an egg in vinegar and it was supposed to bounce instead of break. I was happy that the experiment failed. That seems to be such an important aspect of science—that many experiments fail and you have to ask why. 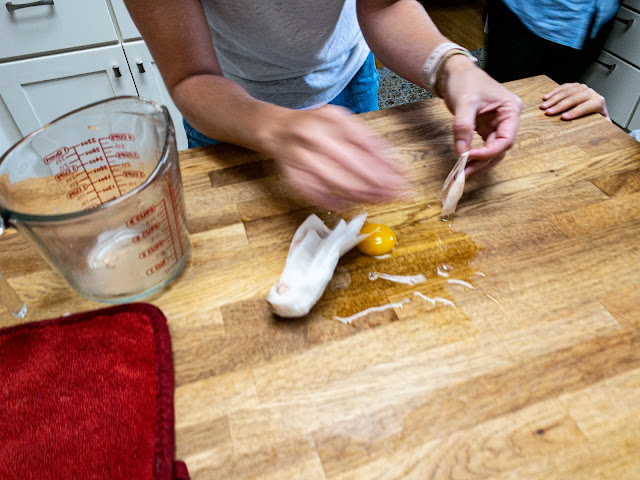 So Linda is getting better, glued to CNN and watching a country that isn’t.

P.S. I went to the grocery to get milk and ended up getting a bunch of stuff, and forgot my favorite staple: bananas.
at August 08, 2019