George Bernard Shaw said you should make your first 1000 mistakes as soon as possible so you can start on your second 1000.

I read about one company that gives its workers a paid vacation when they give up on an idea. Barking up the wrong tree doesn’t benefit anyone.

Maybe teachers should grade by subtracting the right answers from the possible answers. So the As would become Fs.

And then there are Post-It Notes, made with a failed glue. 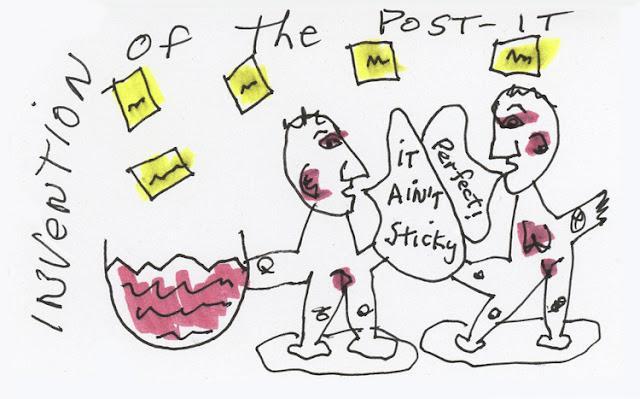 How many creative ideas came from mistakes? I wonder.

Was the idea of karma developed when people did bad things and then saw the effect. I’ve learned that not telling the truth causes all kinds of havoc.

I did this drawing and the guy standing behind me pointed at a finger that didn’t have a dark blue line around it… so I fixed it and acknowledged it as a mistaken finger.

Am I a mistake? 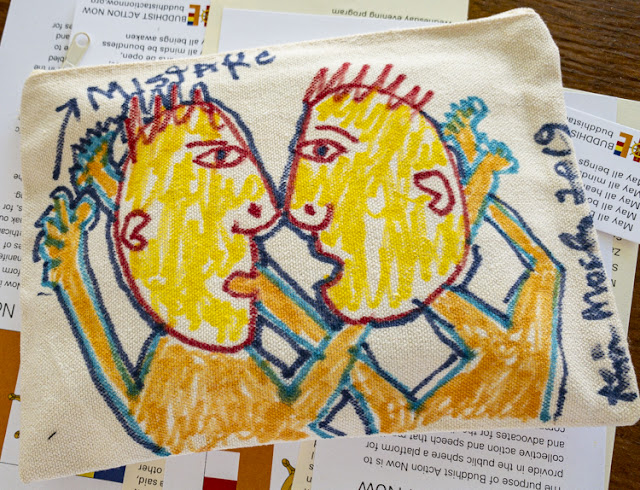 God love mistakes. We call them dharma gates because they teach us so much.
at August 16, 2019