I came up with the idea yesterday that we are immortal. My idea is that “we” just morph and morph and morph. No matter is created or destroyed. This is all in reaction to Jeff’s suggestion that because we aren’t permanent, nothing matters. Smart wife (a.k.a. mensa), though a little shaky from her 2nd cataract surgery, says that things matter and things don’t matter. The question for me is “who is me,” especially in light of our recent uncelebration of our 50th anniversary. If I’m changing every breath, then how do I earn the right to have one name and one social security number? Who is it that is xxx-xx-xxxx? Is it my body that never stays the same, and on a molecular level, doesn’t even have any edges?

Is there even a relationship between “things mattering” and “things being permanent”? In the Buddhist view, it matters that we are suffering, and the suffering is unnecessary. That is not to say that sickness, old age, and death are unavoidable. It isn’t “if” but “when.” But suffering in the sense of “out of kilter” is avoidable.

Still, there is the question about “things mattering.” Bertrand Russell claimed that he was prone to worry until one day he realized that, in the grand scheme of things, that whatever happened would have virtually no effect in the grand scheme of things. Yet he worked hard throughout his life to both understand the nature of reality and to communicate that understanding.

Still, there is the question about “things mattering.” I think they do matter in the sense that we love, and in fulfilling that love, we want to make things better and more beautiful. Maybe Russell is right that it doesn’t matter, yet living as if it does makes a better life for both us and others. So that seems like enough of a reason to live a “good life,” whatever that might be.

Vaughn and I meet weekly online to talk about our Zen practice. He lives in Alpine, Texas. 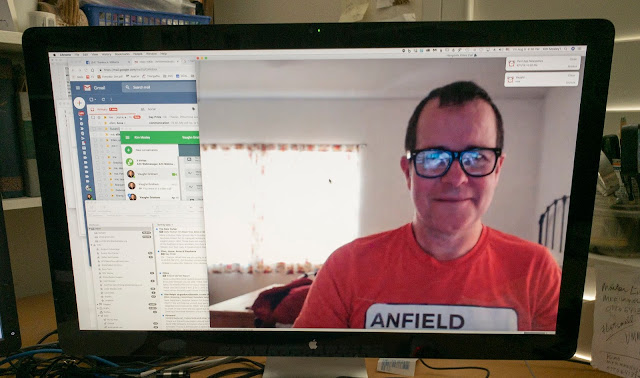